August 23, 1989: In Montreal, Dodgers manager Tommy Lasorda complains that Expos mascot Youppi is bothering Dodgers players, so the umpires toss Youppi out of the ballpark! pic.twitter.com/07QUZL9vU2

On the evening of Aug. 10, I ordered two Pik Pockets — they are for a WaterPik — from walmart.ca. No, I wasn’t shopping local, but we hadn’t been able to find any . . . until we checked walmart.ca.

Early on the morning of Aug. 13, I got an email informing me that “items in your order are on the move.” The first hint that this was going to be a difficult delivery came when I noticed that the carrier was shown as “USPS.” Yes, that USPS; you know, the one with which Trump and Co. are tinkering.

No matter. The package was on the move. Right?

There is one of those Track Your Shipment buttons in that same email. So . . .

On Aug. 18, at 7:19 p.m., “Item arrived at regional facility.” Uhh, it seems that “regional facility” is in Jamaica, N.Y. Apparently, it is an international distribution center.

As of early Monday ET, the item still was in Jamaica. I’m thinking it might turn into a Christmas gift. If the USPS survives Trumpism, that is.

Alphonso Davies and girlfriend Jordyn Huitema could become the first couple to win both the men’s and women’s Champions League in the same season 🏆🇨🇦 pic.twitter.com/F83YTKlWTm

In her latest musings, this one on the CFL’s inability to get a 2020 season off the ground, Patti Dawn Swansson points out that “Jennifer Lopez and Alex Rodriguez just forked out $40 million for new digs. Maybe Commish Randy (Ambrosie) should have hit up JLo and ARod instead of Trudeau the Younger for the $30 million.”

One more note from Swansson, who blogs right here as The River City Renegade: “Interesting how sports sheets across the land played the big CFL story. It was front page news in every rag on the Prairies. It was inside filler in the Toronto Sun (pages 8-9), the Montreal Gazette (page 2) and the Vancouver Sun (pages 6-7). The National Post, meanwhile, ran Scott Stinson’s column on a news page, beside a piece on Peter Nygard and rape. Little wonder that those are Rouge Football’s three worst markets.”

Headline at fark.com: After sweeping the Marlins and Cardinals, COVID moves on to face the Reds.

Barry Beck, one of the greatest players in WHL history, never will be able to come to grips with the murder of his son Brock, 20, who died on July 26 in Binbrook, Ont., near Hamilton. . . . The Beck family now has started a GoFundMe in the hopes of raising $100,000 as reward money as the search for a killer or killers continues. . . . Postmedia’s Brad Hunter has more right here.

Jack Finarelli, aka The Sports Curmudgeon, with a Thought for the Day, this one from Will Rogers: “I’m not really a movie star. I’m still married to the same woman for 28 years.”

The football team at Vanderbilt U has had to dial it down after the school announced an unknown number of positive tests. The announcement was made Friday, after SEC teams began practising on Monday. The school revealed what it said were a “small number” of positives within the football program. . . . The Commodores had at least five players opt out of the season.  . . .

Dwight Perry, in the Seattle Times: “Twenty big-league teams — two-thirds of them, that is — have amassed more strikeouts than hits at the plate this season. Belated 2020 MLB motto: ‘Get a whiff of this!’ ” . . .

Perry, again: “Taking no chances with flying or bussing after the pandemic sidelined them for 17 days, the St. Louis Cardinals took 41 rental cars to get to a doubleheader in Chicago. In baseball parlance, that’s what you call a long line drive.” . . .

Bob Molinaro, in the Norfolk Virginian-Pilot, on the folly of trying to play college sports amid a pandemic: “Schools that initially invited students back to campus are quickly discovering what they should have known. When dealing with easily transmissible viruses, dorms are cruise ships without the water.” . . .

Mark Divver later added that “the Alaska teams — Fairbanks and Kenai River — are likely to play in Minnesota until at least Jan. 1. . . . The NAHL plans on opening its regular season on Oct. 9.

How you think impacts how you feel, so maintaining a positive outlook and reducing stress can play an important role in staying healthy. https://t.co/suCKVSuqRo

Forget about WHL players skating for junior A teams prior to the WHL’s regular season starting. The WHL is aiming for a Dec. 4 start, with the MJHL hoping to get going on Oct. 9. . . . Mike Sawatzky of the Winnipeg Free Press reports right here that according to sources, “the WHL has decided it will not be releasing roster players to play in the MJHL, Saskatchewan Junior Hockey League, Alberta Junior Hockey League or B.C. Hockey League to start 2020-21.”

Steve Simmons, in the Toronto Sun: “The NBA informed teams this week they are no longer allowed to report injuries in any kind of general terms. They must use specific reasons and body parts. In other words, none of that ‘unfit to play’ NHL nonsense for the NBA, which has at least one gambling website as an advertiser on its playoff broadcasts.”

That, of course, won’t ever fly with the NHL or a lot of other hockey leagues, what with transparency being Public Enemy No. 1 with shinny people. Watching the Covid Cup playoffs unfold on TV, I wonder if the independent media and the fans are starting to realize just how unimportant, perhaps even meaningless, they are in the NHL’s scheme of things? Does ticket revenue mean much so long as the fans watch on TV and dig deep for the merch?

JUST NOTES: I’m dying here. I stumbled on a Facebook group — Shit Parkers of Kamloops!!! — that would have made me spit out my coffee had I been having breakfast. A quick scan of the pics showed that I’m in the clear, at least for now. . . . Kelly Olynyk, who is from Kamloops, and the Miami Heat get their first chance to eliminate the Indiana Pacers from the NBA playoffs today, 3:30 p.m. PT (TSN), in the NBA bubble in Orlando. On Saturday, Olynyk had nine rebounds, all at the defensive end, in a 124-115 victory that gave the Heat a 3-0 edge in the best-of-seven series. Whenever I watch Olynyk, I have to remind myself that, yes, he’s from Kamloops. . . . Obviously, the Vancouver Canucks are going to have to raise their game if they are to compete with the Vegas Golden Knights in the NHL bubble in Edmonton. But can the Canucks get to a level that high? . . . After Sunday night’s 5-0 Vegas victory, the only question left to be answered might be this: Will we ever see G Marc-Andre Fleury get another start for the Golden Knights? 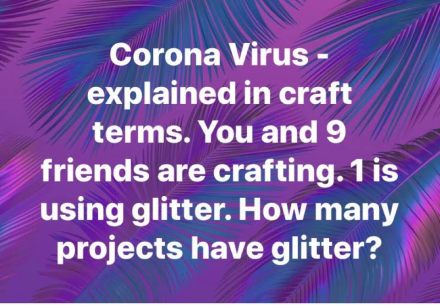