located in what a provincial government deems to be COVID-19 red or orange zones or because of positive tests. . . . The Victoriaville Tigres are the latest team to be forced to halt operations, but restrictions in their zone don’t start until Monday so they should be able to play on the weekend. . . . If things don’t change, they will join the Blainville-Boisbriand Armada, which had 18 positive tests, the Sherbrooke Phoenix, with eight positives, Moncton Wildcats, Gatineau Olympiques, Quebec Remparts and Drummondville Voltigeurs in being idle. . . . The Wildcats are in an orange zone, as deemed by the New Brunswick government, but have been given the OK to return to practice. . . . Kevin Dubé of Le Journal de Quebec reported that the QMJHL continues to talk with health officials about tightening “the concept of the bubble. . . . An answer should come in the next few days. If this proposal is rejected, some fear that the QMJHL will put its season on hold until the situation, especially in Quebec, improves.”

I have to wonder how many major junior hockey fans had their heads just about explode when they woke up Tuesday to this headline: “2020/21 CHL Season Cancelled.” . . . In this instance, CHL refers to the Champions Hockey League, a competition that features 32 of the best teams from 12 European countries playing for the European Trophy. . . . The board of directors has decided to cancel the 2020-21 season. . . . From a news release: “Travel restrictions between participating countries had already put several match-ups at risk. Although a number of authorities would potentially issue special permits for travelling sport teams, a vast amount of uncertainty and risks remained. Many discussions and evaluations have taken place in the last few weeks and months with involved parties, taking all available facts and forecasts into consideration.”

Sean Shapiro, who covers the NHL’s Dallas Stars for The Athletic, has detailed the organization’s difficult times in a story headlined “Stars owner’s mounting financial difficulties lead to more furloughs.” . . . Shapiro reported, among other things, that according to sources, “Multiple . . . employees were told this week they are going to be furloughed for a second time this year.” . . . Tom Gaglardi, the Stars’ owner, also is the majority owner of the WHL’s Kamloops Blazers, who laid off an undisclosed number of employees in March. . . . If you subscribe to The Athletic, that piece is right here.

The Portuguese Football Federation revealed on Tuesday that star Cristiano Ronaldo has tested positive. Ronaldo, 35, came up positive while with the national team so won’t play against Sweden on Wednesday. Ronaldo played Sunday in a 0-0 Nations League draw with France, and on Monday posted a photo from a team dinner. . . . According to the national team, he is asymptomatic and in isolation. . . . Ronaldo also plays for Juventus — he has two years left on a four-year contract — and is the captain of Portugal’s national team. . . .

Dustin Johnson, the world’s No. 1-ranked men’s golfer, has tested positive so won’t be playing in this week’s PGA Tour event, the CJ Cup in Las Vegas. . . . Johnson is the 12th PGA player to test positive since June. . . .

The Yale Daily News reported Tuesday night that “Yale Athletics has reverted to Phase 0 following a six-person outbreak on the hockey team.” . . . Phase 0, which means no in-person team activities, will last until at least Oct. 21. . . . The team had been cleared to practice for up to two hours per day. . . . The Ivy League is aiming to start its regular season on Jan. 1. . . .

Fred Dean, a hall of fame defensive lineman in his NFL career with the San Francisco 49ers, is in an undisclosed hospital with coronavirus. Dwight Hicks, also a former 49ers, posted the information on his Facebook page on Sunday. . . . Hicks posted that Dean is in hospital “on a ventilator in intensive care.” . . .

Baylor and Oklahoma State have had to postponed their football game that was scheduled for Saturday. The game has been moved to Dec. 12 after Baylor had to suspend football operations because of what the Big 12 said was “multiple positive COVID-19 test results.” . . . The game was to have been played in prime time on ABC-TV. . . . Neither team played on Oct. 10. . . .

Vanderbilt and host U of Missouri have postponed their football game that was scheduled to be played on Saturday. The SEC said the game was postponed “due to positive tests and subsequent quarantining of individuals within the Vanderbilt football program.” . . . They now are hoping to play on Dec. 12. . . . This is the first game that the SEC has had to postpone due to the pandemic. . . .

Canada’s national women’s soccer team was to have held a camp in England later this month, but Canada Soccer has cancelled it on the advice of medical experts. The camp would have included a friendly with No. 6 England.

33% of adults in the U.S. are at risk for #kidneydisease and most don't know it. Are you in the 33%? Find out if you're at risk by taking this quick one-minute quiz. #MinuteForYourKidneys https://t.co/C8RQvMRpdm

Hockey's oldest surviving ex-pro, Wilfrid "Wilf" Beaulieu has passed away at the age of 102. Born in St. Boniface, the well-traveled Beaulieu made his pro debut with Portland Buckaroos in 1940. Condolences to his family from the #MBHHF pic.twitter.com/AC1aTJXpfe

Corey Graham was the radio voice of the WHL’s Edmonton Oil Kings in 2017-18. But it all came crashing down when a tumour was discovered inside his spinal cord and he underwent surgery on June 29, 2018. . . . He was in a wheelchair. He was doing rehab. He was determined to get back on the air. . . . Well, he was able to do 30 home games in the Oil Kings’ 2019-20 season, and last night he opened another chapter, this one as co-host of a three-hour sports show on TSN 1260 in Edmonton. . . . Jason Gregor of oilersnation.com has more on Graham’s wonderful story right here.

Bob Molinaro, in the Hampton Roads Virginia-Pilot: “With everything else going on in America ― and the impact it’s having on sports ― MLB playoff games shouldn’t be high on anybody’s list of complaints. But, man, do these games drag ― averaging about three hours 30 minutes. Pitching changes are relentless. Strikeouts come in comic abundance. Let’s face it, baseball is broken.” . . . The man isn’t wrong. . . .

The Tampa Bay Rays scored five runs in the top of the sixth inning of Game 2 of the ALCS on Tuesday night. Doug Kern (@dakern74) pointed out via Twitter: “Top of 6th: 35 actual pitches, seven of them in play. 31 minutes 48 seconds. #PaceOfPlay.” 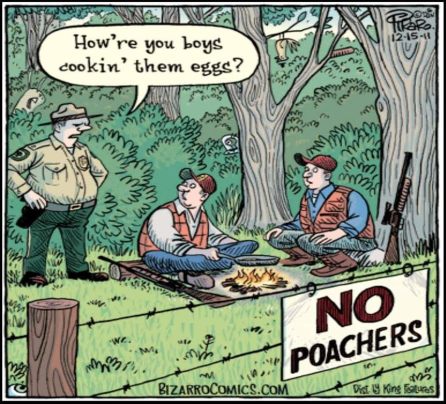