Ron Robison, the WHL commissioner, appeared on The Jason Gregor Show on TSN 1260 in Edmonton on Wednesday night and, at one point, suggested that the annual bantam draft might be pushed back a year. . . . On Thursday, Gregor, writing at oilersnation.com, expanded on that story, and it’s all right here. . . . “The WHL has a wonderful opportunity to make the correct decision and permanently increase the draft age,” Gregor writes. “Doing it for only one year would be close-minded, stubborn and with the new NCAA rule changes completely unnecessary.”

The NBA’s regular season is set to begin on Tuesday night and, yes, things are going to be interesting. . . . Just in case you’re wondering whether the NBA has normalized COVID-19, PG Kyle Lowry of the Toronto Raptors said Thursday that it’s a given there will players testing positive during the season. During a Zoom call with reporters, Lowry said: ”It’s going to happen and we have to adjust, and when it happens, no one’s going to know how guys get it, or coaches get it, or whoever gets it. No-one’s going to understand how it happened . . . it’s going to be like, ‘Damn, OK.’ But the players, the team, the coaches, the league, will have to go on, make adjustments and figure it out as we go and it will be a different year. It’s going to be a tough year, but we got some of the best people in the world working with us, working for us.” . . .  With the teams in training camps and playing exhibition games, the NBA had only one player out of 549 test positive from Dec. 10-16. 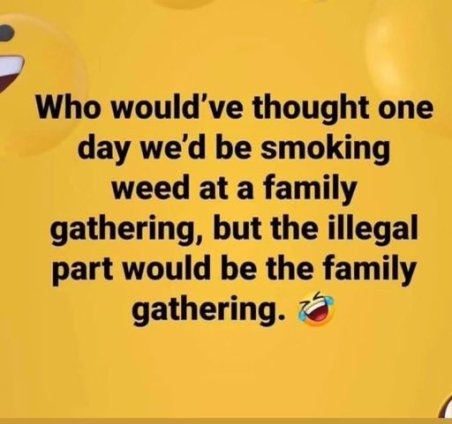 My dad passed 12 days ago from covid. He was 68. Just retired. He had 8 projects on the go and had many more to get to. Its heart breaking.

Lets unite as 🇨🇦 too 👍

And lets honour these healthcare workers like fire fighters from 911 or Fort Mac. #heros https://t.co/Q1fyGdhyEk

CBC News: Canada reported a total of 7,008 new cases of COVID-19 Thursday, which is the highest single-day increase the country has seen since the start of the pandemic.

CBC News: Saskatchewan adds 238 new cases, just above the province’s 7-day average of 231. There have been 7 additional deaths.  Nationally, there are 486,393 cases; 395,980 people have recovered while 76,548 cases are active. The death toll stands at 13,865. . . . Sask. reduces self-isolation period for people who test positive for COVID-19 to 10 days. All international travellers must still self-isolate for 14 days.

If you gathered every Albertan 20- 39 diagnosed with COVID-19, they would fill the Saddledome in Calgary, the Centrium in Red Deer & ENMAX Centre in Lethbridge. The virus does not discriminate and it can have long term & potentially devastating impacts on people’s health. (9/11)

Dr. Deena Hinshaw: Over the last 24 hrs, we ID’d 1,270 new cases & completed about 17.5K new tests.  Our positivity rate stands at about 7.3%. 749 ppl are in hospital, incl 139 in ICU. AHS is taking steps to increase capacity & expand the number of acute care & ICU beds. . . . Sadly, 16 new deaths were reported in the last 24hrs. My thoughts are w/ those grieving their loss. Each death is a reminder it is vital to reduce spread quickly. In less than 10 months, more ABs have died from COVID-19 than from influenza in the last 10 yrs combined.

CBC News: Ontario’s hospitals are calling for new 28-day lockdowns in all regions currently in the red tier of the province’s COVID-19 restriction framework. . . . Ontario reported a record-high 2,432 new cases on Thursday.

CBC News: 1,855 new COVID-19 cases in Quebec compared to the 7-day average of 1,817. Health authorities in the province are also attributing 22 additional deaths to the virus.

Dr. Tom Frieden: The US reported more Covid deaths Wednesday than Japan has since the start of the pandemic.

CNN: 310,000 people in the United States have died from coronavirus.

CBC News: French President Emmanuel Macron has tested positive for COVID-19, his office said. He plans to continue to work while in isolation for seven days.

The U18 5 nations tournament (CZE, FIN, RUS, SWE, USA) scheduled in Finland for February won't be held. That will make it over a year since the 2003 (and 2021 NHL draft eligible) age group have played each other.

The New York Giants will be without CB James Bradberry when they play the Cleveland Browns on Sunday night. The Browns’ shutdown corner went on the reserve-COVID-19 list on Thursday. . . . The Giants also will be without Jason Garrett, their offensive co-ordinator, after he tested positive. That means that former Browns head coach Freddie Kitchens, who coaches the tight ends, will call the plays for the Giants on Sunday night. . . . The Las Vegas Raiders were without Greg Olson, their offensive co-ordinator, on Thursday night as they dropped a 30-27 OT decision to the Los Angeles Chargers. Yes, he tested positive. . . .

The Baltimore Ravens placed three wide receivers — Marquise Brown, Miles Boykin and James Proche — on the reserve/COVID-19 list on Thursday. All three played in Monday’s victory over the Cleveland Browns. . . . The Tampa Bay Buccaneers have placed RB Ronald Jones on the reserve/COVID-19 list. . . . It isn’t known if any of the four tested positive or were identified as close contacts of someone who did. . . .

No. 12 Coastal Carolina won’t get a chance to improve to 12-0 on Saturday because the Chanticleers have run into COVID-19 problems. It was to have played No. 19 Louisiana (9-1) in the Sun Belt’s championship game. . . . The conference has declared the teams to be co-champions. . . . Also cancelled is Saturday’s scheduled game between the Michigan State Spartans and Maryland Terrapins, who had stopped all team activities. It is the second time in a month that a game between these two teams wasn’t played. Two other Big Ten games also have been cancelled — Michigan-Iowa and Indiana-Purdue.

Scott Van Pelt, who anchors ESPN’s nightly SportsCenter, revealed Thursday that he has tested positive. “Won’t be doing shows for a bit after a positive Covid-19 test,” he tweeted. “Thankfully, no fever & I feel fine. Just can’t smell or taste anything which was my clue to go get a test.”

Logan, @hkygivesblood Player Ambassador, recently hosted a blood donation event bringing together the Regina Pats Hockey Club — including a few first-time donors — to give the #greatestgift this holiday season. Thank you @LoganNijhoff and the @WHLPats team! #ThankfulThursday pic.twitter.com/6JyjMXWE5O

The Graham James scandal was always a Winnipeg story.

Speak No Evil — Despite suspicion, the hockey community failed to protect the players Graham James was abusing

A Stain on our Game: The Life and Destructive Legacy of Graham James