This piece on Walter Gretzky, by ⁦@RoyMacG⁩, is really wonderful. https://t.co/OvFbRWn2WP

Kelly McCrimmon has eaten hundreds of pre-game meals since 1977. That’s when he first played junior hockey, with the Prince Albert Raiders, who then were in the Saskatchewan Junior Hockey League.

But even with that kind of history, McCrimmon, 60, experienced a first involving a pregame meal on Friday in San Jose.

The former owner, general manager and head coach of the WHL’s Brandon Wheat Kings, McCrimmon now is the general manager of the NHL’s Vegas Golden Knights, who were in San Jose on Friday to begin a weekend doubleheader with the Sharks.

The Golden Knights were staying at the Fairmont Hotel in downtown San Jose, which is where they gathered for their pregame meal early on Friday afternoon. As things turned out, those were the last meals anyone will be having in that hotel, at least for a while.

That’s because the hotel declared bankruptcy — the San Jose Mercury News reported that its owners’ debts are between $100 million and $500 million — and it shut its doors as the Golden Knights were enjoying dessert.

“Crazy times,” McCrimmon told me on Saturday night. “Staff had no idea it was coming. They got ushered right out of the building.”

The Golden Knights, had to pack their bags, then head to the SAP Center for Friday’s game, knowing that at game’s end they would be going to a different hotel.

While the disruption no doubt gave them something to talk about, it didn’t seem to bother the players on the ice. The Golden Knights beat the Sharks, 5-4 in OT, on Friday, then 4-0 on Saturday.

Justin Emerson of the Las Vegas Sun pointed out: “This will affect more than just the Golden Knights. Because of NHL virus protocols, the league designates one hotel in a city to serve as every visiting team’s lodging to ensure the hotel abides by league rules. So when the St. Louis Blues come to town on Monday, they won’t be staying at the Fairmont Hotel.”

Scott Ostler, in the San Francisco Chronicle: “Many spring training ballparks have opened up to a limited number of fans, so how do half of those fans show their gratitude to be at a live ballgame after a year of quarantine? By refusing to mask up and protect the other fans from that still-deadly virus. I salute you anti-maskers for your fearlessness and courage, your refusal to be bullied by nerdy scientists, but some of your fellow fans are allergic to death.”

I smiled when I heard from an old friend the other day. He and his wife had had to make a driving trip that took them along the Yellowhead Highway and through Hinton, Alta.

After arriving back home, he messaged me: “I smile when I see ‘Old Drinnan Town’ sign.”

That would be the same sign that welcomes all comers to this website. Yes, it’s a real sign, located just off the highway a few slapshots east of Hinton.

(BTW, a chunk of the Trans-Canada Highway that runs through Hinton actually is Gregg Avenue. Oh, and Gregg Lake is about 30 km north of Hinton. And let’s not forget Mount Drinnan, which is located near Drinnan Creek about 30 km south of Hinton.)

Here’s Perry, again: “March 4, in case you missed it, was supposed to be National Grammar Day. So we checked a bunch of breathless-fanboy message boards, and no, it didn’t appear to be.”

The Sports Curmudgeon (aka Jack Finarelli) was at his best earlier this week after the Washington Football Team announced that it is replacing its cheerleading squad with a co-ed dance team. . . . Remember that the curmudgeonly one lives in the Washinton, D.C., area, and that he has referred to the team as the WTFs since the moment the organization dropped its previous nickname. . . .

“I know,” he wrote about the co-ed dance team announcement. “It is enough to take your breath away.”

He continued: “That announcement is about as important as nose hairs on a statue; cheerleaders for NFL teams are worthless and co-ed dance teams for NFL teams are no better.  At its absolute best, consider this announcement by the team — and obliquely by the NFL — as a means to divert attention to the fact that after 8 months of ‘investigating,’ there are no findings regarding sexual harassment and a ‘toxic work environment’ for female cheerleaders there.”

You are able to find his entire thoughts on all of this right here.

The WHL and the AJHL announced their latest virus-testing results on Friday. . . . The WHL was clean through 602 tests for the period from Feb. 27 through March 5. That involved 428 tests on the seven teams in the Regina hub and another 159 for the five Alberta teams. . . . The five Saskatchewan and two Manitoba teams in Regina had each player and staff member tested twice — once upon arrival and again after quarantine. As a result of all tests being negatives, teams were cleared to start on-ice work on Friday. . . . Meanwhile, the AJHL ran 385 tests through 13 teams without a positive test among players and staff. Everyone will be tested once more before games begin on March 12.

An update on the status of the 2020-21 season. pic.twitter.com/srhXWYZk7T

The Manitoba U18 AAA Hockey League announced Saturday that it has suspended play for the remainder of the 2020-21 season. “Our decision reflects the uncertain timeline and lack of direction from Public Health with respect to game play,” the league said in a news release that carries the signature of Levi A. Taylor, its commissioner. . . . On the heels of that announcement, the Manitoba Female Hockey League (U18 AAA) cancelled its regular season and playoffs.

Nick Canepa of the San Diego Union-Tribune with something worth thinking about: “Players hate going to the NBA All-Star Game — as they should — and get upset when they’re not invited.”

There is smoke coming out of Seattle and it has to do with whether QB Russell Wilson wants to leave the Seahawks. LaToya Cantrell, the mayor of New Orleans, went so far as to make a pitch on behalf of her Saints. . . . That elicited this response form Jenny Durkan, Seattle’s mayor, who tweeted: ““I love you Mayor, but keep your eyes off @DangeRussWilson. His home is Seattle. #GoHawks. And so you know, Seattle is in the market for a @NBA team. Don’t make me go there.” 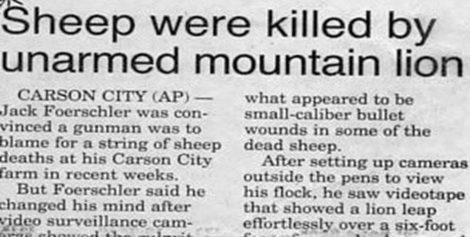