On this day in 2010, Abbotsford Heat head coach Jim Playfair lost his temper, to put it mildly, in a game against the Hamilton Bulldogs #Hockey365 pic.twitter.com/Zo4TwvaQGl

Ron Robison, the commissioner of the WHL, says the league has established a diversity and inclusion committee that has been tasked with reviewing policies.

Robison told Sammy Hudes of Postmedia that the committee was struck recently, presumably before the hockey world was rocked on Thursday by the news that the Seattle Thunderbirds had dropped two players — one 17, the other 18 — from their roster because of racist incidents involving a teammate. Hudes wrote that Robison “said the WHL is working to build ‘additional programming in this area,’ but didn’t specify what that might look like.” Robison also didn’t indicate who is on the committee. . . . Robison told Hudes: “We’re dealing with players who are of young age. They need further education, more training. They need to understand the sensitivities to all this and how it resonates with not only their teammates, but their opponents.” . . . One of the key issues involving incidents like these is that a victim often doesn’t have anywhere to turn outside of his team or the league. Hudes spoke with Courtney Szto, who is assistant professor at Queen’s University’s School of Kinesiology and Health Studies. She co-authored a 2020 policy paper, Hudes wrote, “advocating for anti-racism policies in hockey. Among its calls to action, the paper identified ways for governing bodies like Hockey Canada to proactively work to eliminate racism in the sport. . . . The policy paper also called on the federal government to create an external oversight body to receive and investigate incidents of discrimination. Szto said victims have nowhere to report such incidents, other than through their own teams and leagues.” . . . Hudes’ complete story is right here.

With tonight's win, he moved into a tie for sixth all-time with 548 WHL wins!#GoRaidersGo pic.twitter.com/6TwG71N6ot

Marc Habscheid, the head coach of the Prince Albert Raiders, moved into a tie for sixth spot on the WHL’s list of all-time winningest regular-season coaches with a 5-2 victory over the Moose Jaw Warriors in Regina on Saturday. . . . Habscheid now has 548 victories, tying him with Ernie (Punch) McLean. . . . The Raiders (3-3-2) broke a 2-2 tie with the game’s last three goals, starting with one from F Eric Pearce, who is from Regina, at 1:53 of the third period. . . . F Justin Nachbaur, playing his 200th regular-season game with the Raiders, gave his guys a 2-1 lead with a shorthanded goal at 12:46 of the first period. . . . D Logan Linklater picked up his first two points, both assists, for the Raiders in his seventh game. . . .  Prince Albert scored its last two goals, from F Ozzy Wiesblatt and F Reece Vitelli, into empty nets. . . . The Warriors now are 4-4-0. . . . The game took 2 hours 8 minutes to play, the quickest game in the WHL this season. . . . Moose Jaw lost D Daemon Hunt to an elbowing major at 13:20 of the third period for a hit on Vitelli, who later scored an empty-netter. . . . The Raiders were without F Spencer Moe with an undisclosed injury, while D Kaiden Guhle missed his sixth straight game. . . . The Raiders dressed just one goaltender — Carter Serhyenko — with starter Max Paddock sidelined with an undisclosed injury. Serhyenko stopped 16 shots. . . .

The Seattle Thunderbirds erased a 2-1 deficit with two goals in the last two minutes of the second period as they defeated the visiting Portland Winterhawks, 3-2. . . . F Simon Knak gave Portland (2-1-2) a 2-1 lead with his third goal in as many games at 11:34 of the second. . . . F Payton Mount pulled Seattle (3-1-) even at 18:18 and F Jordan Gustafson snapped the tie at 19:07 with his first WHL goal. . . . The first period featured one goal, by Portland F Seth Jarvis, and 31 shots on goal, 16 by Seattle. . . . G Jackson Berry stopped 28 shots to record his first WHL victory in his first appearance with Seattle. He got into five games with the Moose Jaw Warriors last season, going 0-2-0 before being released. . . .

G Talyn Boyko put up his first WHL shutout as the host Tri-City Americans beat the Spokane Chiefs, 3-0. . . . The 6-foot-8 Boyko stopped 26 shots as the Americans improved to 2-2-0. . . . The Chiefs fell to 0-4-1; they have been blanked three times including twice in two nights. They lost 5-0 to the visiting Seattle Thunderbirds on Friday night. . . . Boyko’s first career clean sheet came in his 38th appearance over three seasons. . . . F Samuel Huo scored twice, but it was F Connor Bouchard’s goal, at 6:47 of the second period, that stood up as the winner. . . .

F Logan Stankoven’s second goal of the game, at 10:09 of the third period,

broke a 4-4 tie and gave the Kamloops Blazers a 5-4 victory over the Prince George Cougars. . . . The Blazers were designated as the visitors even with the game being played in Kamloops. . . . The Cougars, the last of the WHL’s 22 teams to get into game action in this truncated developmental season, struck for three first-period goals to take a 3-1 lead into the second. . . . The Blazers (2-0-0) tied it on second-period goals by F Caedan Banker and F Josh PIllar. . . . F Koehn Ziemmer put the Cougars back out front at 15:03. . . . Kamloops F Connor Zary tied it shorthanded at 5:25 of the third. . . . F Peyton McKenzie had two assists in his second game with Kamloops. He went into the game with two assists in 24 games with the Moose Jaw Warriors. . . . One of the referees was Matthew Hicketts of Kamloops, whose brother, Joe, spent five seasons playing defence for the Victoria Royals. . . . Earl Seitz of CFJC-TV tweeted that there were “over 20 scouts” in attendance. . . .

The Flyers move on to face the Victoria Cougars in the 1st round. pic.twitter.com/bp2IP7Uduv

F Brad Marchand of the Boston Bruins was added to the COVID-19 protocol list on Saturday and sat out the team’s 3-2 victory over the visiting Buffalo Sabres. Marchand, 32, has 34 points, including 12 goals, in 29 games this season. . . . The Bruins, who had two games postponed last week due to protocols, are scheduled to play host to the New Jersey Devils today (Sunday) and Tuesday night. . . . The Sabres now have lost 17 straight games.

In the Swiss National League, EHC Biel-Bienne is in quarantine after two positive tests so a Saturday game with Lausanne HC was cancelled. With the playoffs approaching, the final standing are to be decided by points percentage, a decision that had been made at a Jan. 4 meeting.

Luke Mylymok had played in 10 game so far this season. Had not dressed for a game in a month. His second career NCAA goal ends the longest game in tournament history.

F Luke Mylymok’s goal at 2:33 of the fifth OT period gave the Minnesota- 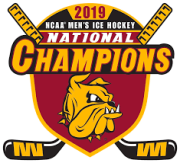 Duluth Bulldogs a 3-2 victory over the North Dakota Fighting Hawks in the NCAA men’s hockey Midwest Region final in Fargo, N.D., on Saturday night. . . . Mylymok, 19, is from Wilcox, Sask. This is his first season with the Bulldogs; he split last season between the USHL’s Green Bay Gamblers and the BCHL’s Salmon Arm Silverbacks. The Victoria Royals selected him in the fourth round of the WHL’s 2016 bantam draft. . . . The goal sent the Bulldogs, the two-time defending national champions, back to the Frozen Four. There wasn’t a champion in 2020 due to the pandemic. . . . At 142:33, it was the longest game in the history of the NCAA men’s or women’s hockey tournaments, surpassing a women’s game between Wisconsin and Harvard in 2007. . . . The men’s tournament is in its 74th year. . . . Zach Stejskal, the Bulldogs’ starting goaltender, left at 4:37 of the fourth OT when he began cramping up. He had stopped 57 shots when he was relieved by Ryan Fanti. . . . Leah Hextall — yes, of the hockey Hextalls — handled the play-by-play for ESPN. 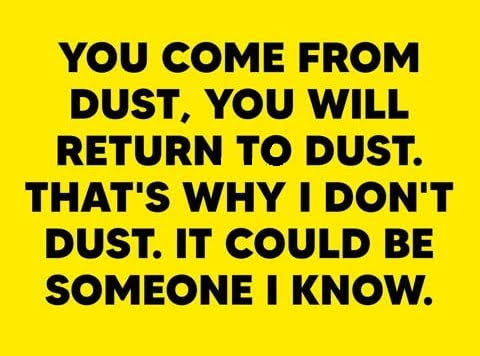