Today would have been Brad McCrimmon’s 62nd birthday. Missed today & every day by your family, loved ones & your many friends. This picture captures the joy of winning the Stanley Cup & the commitment & sacrifice necessary. pic.twitter.com/v80n8mbtu0

We are nearing the third anniversary of the bus crash that involved the SJHL’s Humboldt Broncos. It occurred on April 6, 2018. Morgan Gobeil, who wore No.

24, was injured in the crash and spent almost a year in hospital. Morgan was, in fact, the last person from the crash to be released from hospital; he was the Last Man Back.

His brother, Ryan, was in the hospital with his brother one day when he found himself entranced by the heart monitor. So Ryan had Morgan’s heartbeat off the monitor tattooed onto one arm.

“I was watching the screen for, I don’t know how long it was,” Ryan told Global News. “I thought to myself, I never want this moment to end for me.

“I have this on me and it is something that I can see all the time. Whether we’re in the waiting room or going to catch some sleep, or eating or whatever. We can always see it. It’s always there.”

Ryan also has taken to marketing Last Man Back clothing, with all proceeds going to STARS air ambulance, the service that responded to the bus crash. The Last Man Back logo also incorporates No. 24.

The 2021 Last Man Back clothing is here! As usual, all proceeds are going to @STARSambulance

Shoot me a DM to order! pic.twitter.com/wbb3W6NW1C

Former WHL G James Priestner and his brother, Jared, are part of a Vancouver-based rock band — Rare Americans — these days. And they have had to ask for help from police after a thief or thieves stole some instruments and unreleased music . . . . CTV Vancouver reported: “The items were taken on Wednesday night, while James and his girlfriend were asleep in their home in Gastown. But it wasn’t until Friday, when the band got together in James’ basement studio, that they noticed several things were missing.” . . . The complete story is right here.

Today I was laid off from my position at @MBCNetworkRadio. A HUGE thanks to Dallas Hicks for hiring me in 2014. Dallas was a tremendous boss and became an even better friend! It was an honour to call games for the @SJHL_IceWolves. #LaRonge

I don’t watch a lot of NCAA basketball, but I do see some of it during March Madness. One thing that crossed my mind while watching this weekend was that the men’s coaches sure seem to spend a lot of time whining about or at the officials. I kind of shrugged it off, until Jack Finarelli, aka The Sports Curmudgeon, posted this as part of a brief Monday comment on the Florida State-Michigan game: “I also liked the fact that both coaches avoid histrionics on every possession and they also accept some of the calls that go against their team without making it seem as if they are suffering more than Job.” . . . Glad to know it wasn’t just me.

Should note that McDavid did his, a 4-assist game, against Guelph on March 16, 2013, the final game of the year. Wright pulled his 4 points off with a hat trick and an assist on February 29, 2020 in Flint. Wright would get in four more games (all pointless) at season's end. https://t.co/jtGm91Q4sW

F Connor Bedard, the only player in WHL history to have been granted exceptional status to play at 15 years of age, had a goal and three assists as the Regina Pats dumped the Swift Current Broncos, 9-4. . . . Because of the pandemic, Bedard is hardly the only 15-year-old in the WHL, but he is at the head of the class with seven goals and 10 assists in nine games. . . . The Pats (3-4-2) got two goals and an assist from F Zack Smith, three assists from F Carter Chorney, and two more goals from F Carson Denomie (9). . . . D Mathew Ward had a goal, his first, and an assist for the Broncos (2-7-1). The 14th overall pick in the 2019 bantam draft has a goal and 12 assists in his first 10 games. . . . F Owen Williams of the Broncos scored once in his 200th regular-season WHL game. . . .

Elliotte Friedman posted his weekly 31 Thoughts on Monday, and the top of it is terrific. He wrote about Ryan Fanti and his parents. Who? Fanti is a goaltender with the Minnesota-Duluth Bulldogs. He spent six periods on the bench Saturday night watching his guys play the North Dakota Fighting Hawks in a regional final game in Fargo, N.D. But when starter Zach Stejskal started cramping up early in the fourth OT, Fanti got the call. He finished with six saves and the Bulldogs won, 3-2. But it’s what happened right after the goal was scored that made an impression with Friedman and anyone else who saw it on TV. Fanti took time away from celebrating to console UND G Adam Scheel. . . . Friedman’s piece is right here.

The Montreal Canadiens were back on the practice ice on Monday, the first time they had skated since being shut down on March 22 because of COVID-19 protocol. F Jesperi Kotkaniemi has been removed from the NHL’s COVID-19 protocol list, but F Joel Armia and newly acquired F Eric Staal remain. . . . General manager Marc Bergevin has said that one player had tested positive for a variant. That player wasn’t Armia or Kotkaniemi, but several players were identified as close contacts of the player so things were shut down. . . . The Canadiens, who haven’t played since March 20, are scheduled to return to game action tonight (Tuesday) against the visiting Edmonton Oilers.

Selkirk College, which has is main campus in Castlegar, B.C., has dropped its men’s hockey program “due to budgetary constraints.” The Saints had been members of the B.C. Intercollegiate Hockey League since 2006. The Saints won four consecutive BCIHL championships (2013-16). . . . Selkirk College’s departure leaves the BCIHL with four teams — Simon Fraser U, Trinity Western U, the U of Victoria and Vancouver Island U. However, Trinity Western was to join Canada West for the 2020-21 season that ended up being scrubbed because of the pandemic. Presumably Trinity Western will make the move whenever the next season gets started.

The Vancouver Canadians announced Monday that they will at least open the 2021 baseball season by playing out of Hillsboro, Ore. They usually play out of Nat Bailey Stadium in Vancouver, but that isn’t possible these days with the U.S.-Canada border closed to non-essential travel. The Canadians will share Ron Tonkin Field with the Hillsboro Hops. . . . Both the Canadians and Hops play in the High-A West; the Canadians are affiliated with the Toronto Blue Jays, the Hops with the Arizona Diamondbacks.

#DYK that when living donors give the gift of life, they’re also receiving some real benefits as well? https://t.co/q1rTggIrNV 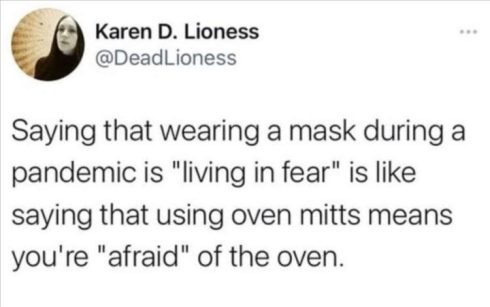