By Friday afternoon, the Vancouver Canucks had seven players on the NHL’s COVID-19 protocol list and a taxi squad player identified as a close contact. There also was one unidentified coach who was confirmed

as having tested positive.

A few hours later, it became apparent that things are going to get worse for a team that is headquartered in B.C., a province that is having serious issues with COVID-19. How bad is it? Well, we won’t really know until Tuesday because government and health officials don’t provide briefings or news releases on weekends, and this is the Easter weekend. The virus, however, doesn’t take weekends off and this is turning out to be a rough one for the Canucks.

Late Friday night, Darren Dreger of TSN tweeted that “as expected, additional positive cases have been determined with the Vancouver Canucks. It’s also believed a variant has been identified in some of the cases.”

TSN’s Farhan Lalji tweeted that “Brazilian P.1 variant likely in play here,” something that later was confirmed by Patrick Johnston of Postmedia.

Lalji also tweeted he was told “that in some cases team medical staff may have gone to the homes of players to administer IV treatments.”

As Johnston wrote: “That variant has been growing in number in B.C. over the past month and was recently identified as a major driver of an outbreak that originated in Whistler. Some research has shown the P.1 variant is as much as 2.5 times more transmissible than earlier strains of the coronavirus that causes COVID-19.”

There have been various reports that more positive tests among the Canucks are expected to be revealed on Saturday.

F Adam Gaudette went on the COVID-19 protocol list on Tuesday, with D Travis Hamonic joining him on Wednesday. Since then, D Alex Edler, G Braden Holtby, D Quinn Hughes, F Zack MacEwen and F Antoine Roussel all have gone on the list.

The NHL has postponed four Vancouver games, and it’s likely that there will be more. The Canucks are scheduled to next play on Thursday and April 10 in Calgary against the Flames.

If you stop off here regularly, or even on occasion, and if you like what you see here, or even if you don’t, feel free to click on the DONATE button over there on the right and help out the Taking Note coffee fund. Thank you in advance. . . . If you are one of the followers who gets my work via email, you are able to donate by going to greggdrinnan.com.

The WHL said Friday that it had eight positives from 897 tests that were administered from March 27 through Friday. . . . The Kelowna Rockets experienced seven of those positives — four players and three staff members — so all team activities have been shut down for 14 days.

The WHL also said that one of its on-ice officials, who hasn’t worked a game since March 20, tested positive on one test, but was negative on a second test.

The league added that it is “awaiting test results for the Brandon Wheat Kings, Moose Jaw Warriors, Prince Albert Raiders and Regina Pats” and will provide an update when they become available.

Through Friday, the WHL has had nine positives from 4,991 tests.

Also on Friday, the WHL announced some schedule changes. You are able to find those changes on the WHL’s website.

Meanwhile, there were six games on Friday . . .

G Boston Bilous stopped 29 shots as the Moose Jaw Warriors beat Saskatoon, 4-0, in Regina, handing the Blades (9-1-1) their first regulation loss of this season. . . . The Warriors (5-6-1) went into the game having lost six in a row; the Blades had won seven straight. . . . Bilous, who turned 20 on Feb. 2, has four career shutouts, one of them this season. He had been yanked from each of his previous two starts, stopping four of 10 shots in a total of 10 minutes of play. . . . D Cole Jordan (2) scored the game’s first goal at 16:31 of the first period. . . . The Warriors put it away with three third-period goals, with D Denton Mateychuk and D Lucas Brenton both scoring his first WHL goal. . . . The game was played in 2 hours 7 minutes, the quickest game this season. . . . After the game, Les Lazaruk, the Blades’ radio voice, wrote at cjwwradio.com: “To say that (Blades’) head coach Mitch Love wasn’t happy is severely understating the fact. His post-game media availability lasted for just three questions and 42 seconds in total.” . . .

F Simon Knak scored twice, including his third shorthanded goal of the season, to lead the host Portland

Oil Kings’ night included four goals in 82 seconds in the third period and a power-play that was 4-for-5. . . . The Oil Kings (10-1-0) have beaten the Rebels four times in this shortened season. Go back to last season and Edmonton has beaten Red Deer 15 straight times. . . . The Rebels now are 2-7-2. . . . Edmonton got a single-game franchise-record six points, including four assists, from D Logan Dowhaniuk, and a goal and three helpers from D Matthew Robertson. . . . Dowhaniuk now holds the franchise record for most points by a defenceman in one game. . . . F Josh Williams, F Jalen Luypen, F Carter Souch and F Jake Neighbours each had a goal and two assists. . . . The online game sheet shows Dowhaniuk with five points. However, Andrew Peard, the Oil Kings’ play-by-play voice, said an assist will be added to Dowhaniuk on Neighbours’ goal. . . . Dowhaniuk, an 18-year-old from Sherwood Park, Alta., has a goal and nine assists in 11 games. He had six points, including five assists, in 33 games his freshman season (2018-19), then put up two goals and 10 assists in 62 games in 2019-20. . . . Edmonton was without F Scott Atkinson, its captain, with an undisclosed injury. . . . The Rebels played a lot of the game with five defenceman after Blake Gustafson left with an undisclosed injury. Red Deer already was without D Chase Leslie and D Kyle Masters, both of whom are listed as week-to-week with undisclosed injuries.

The AJHL now has four teams locked down, with the Okotoks Oilers the latest to experience a positive test.

The AJHL revealed on Friday that “as the result of a positive COVID-19 test by a member” of the Oilers, team activities had been suspended for at least 14 days. . . . That resulted in the Oilers’ games of April 2, 4 and 6 being cancelled. . . . The Oilers, who last played on Sunday when they edged the visiting Brooks Bandits, 2-1, joined the Drayton Valley Thunder, Grande Prairie Storm and Whitecourt Wolverines, who also have been shutdown because of positive tests. . . . The AJHL has yet to release a schedule of games after April 6.

The BCHL, which hadn’t played any games since Nov. 19, was back in action on Friday, with five games in

five different communities. It was playing only exhibition games when things came to a halt in November. . . . Now it’s playing what it is calling a “pod season” with Friday’s games in Alberni Valley, Burnaby, Chilliwack, Penticton and Vernon. . . . On Thursday, the BCHL announced that there weren’t any positives from the first round of testing. All told, 439 players and staff were tested.

MLB announced on Friday that it had scrubbed the entire opening series between the New York Mets and Washington due to testing and contact tracing involving the Nationals. As of Friday afternoon, the Nationals had four players with positive tests, and five others and one staffer in quarantine after contact tracing. . . . The Mets and Nats were to have played in Washington on Thursday, Saturday and Sunday. . . . The Mets will spend the weekend there, working out at Nationals Park, before leaving for Philadelphia on Sunday where they are scheduled to open against the Phillies on Monday. . . . The Nationals are scheduled to play host to the Atlanta Braves on Monday.

On April 7 we will celebrate Logan Boulet’s selfless decision that inspired more than 150,000 people to become an Organ & Tissue donor. 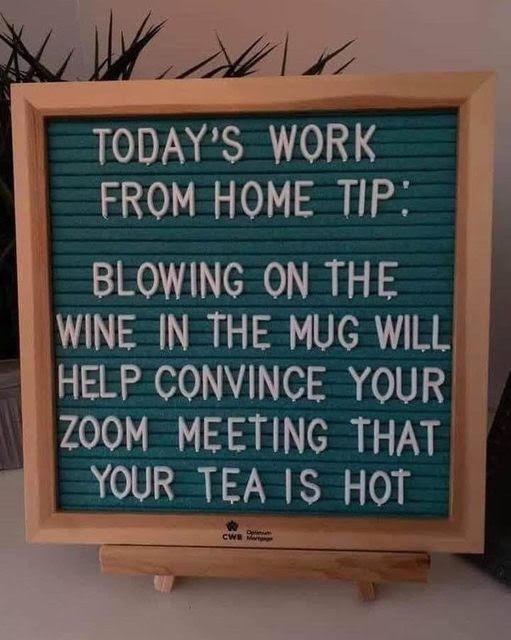