When the NHL awoke on Thursday, it should have been awash in T.J. Oshie and Marc Andre Fleury, Anze Kopitar and David Backes.

Oshie, a forward with the Washington Capitals, scored three goals on

Wednesday night. It was his first game back following the death of his father, Tim, at 52, from Alzheimer’s Disease.

Fleury and his Vegas Golden Knights won another game on Wednesday night. This one was Fleury’s 490 regular-season victory, moving him into third place on the career list.

Kopitar, the captain of the Los Angeles Kings, earned his 1,000th regular-season point on Wednesday night.

Yes, there was lots for the NHL to celebrate.

Instead, any NHL-centred conversation was all about the shenanigans that had taken place at Madison Square Garden on Wednesday night. And then the NHL threw more gasoline on the conversation by announcing that it had fined the New York Rangers $250,000 for going public with its disgust over the league’s decision not to hit Washington F Tom Wilson with anything more than a $5,000 fine for his actions in a Monday night game.

And then, not long after announcing it had fined the Rangers, the league, as if to try and prove that this all really was part of a Saturday Night Live skit, announced it has cut a sponsorship deal with Clorox, which now is the “official cleaning and disinfecting product partner of the NHL.”

Jack Todd, a regular contributor to the Montreal Gazette, sat down at his keyboard on Thursday morning and wrote this piece right here that kind of explains the NHL in about 1,200 words.

As Todd wrote, “The NHL is a sick league and for this sickness, there is no vaccine in sight.”

Everyone knows that truth has a price, but who knew it was that expensive. https://t.co/vdxH1bkD3V

NHL announces very timely partnership with Clorox today. That should go a long way toward washing the blood off its hands. pic.twitter.com/2WtEe9r8oR

Frisco, Texas, on Thursday, beating Russia, 5-3, in the final. . . . Canada last won this tournament in 2013 in Sochi, Russia. . . . Sweden won the bronze medal, whipping Finland, 8-0, earlier in the day. . . . Canada got two goals F Shane Wright, its captain, F Brennan Othmann, F Logan Stankoven and F Connor Berard. . . . Stankoven, who plays for the WHL’s Kamloops Blazers, gave Canada a 4-2 lead at 16:39 of the second period and that goal stood as the winner. . . . Stankoven finished with four goals and four assists in seven games. . . . Russian F Matvei Michkov was named the tournament MVP. He scored his tournament-leading 12th goal in the final. He also led the tournament with 16 points. . . . F Shane Wright, Team Canada’s captain, and Bedard tied for second, with 14 points. Wright, who played five of his team’s seven games, had a team-high nine goals. . . . Bedard had a goal and an assist, to finish the tournament with seven goals and seven assists in seven games. He tied the tournament record for most points (14) by a 15-year-old and now shares it with F Connor McDavid, who did it in Sochi in 2013.

The Tri-City Americans didn’t play on Thursday night, but they’ll will be in

action at home tonight against the Seattle Thunderbirds, and they will have five sections open to fans who have been vaccinated. . . . Fans will have to show proof of vaccination. . . . From a news release: “There will not be refunds or exchanges if you cannot show proof of vaccination. A face-covering must be worn at all times except while actively eating or drinking. Children ages 2-15 may sit in the vaccinated section, but only with proof of a negative COVID-19 test within 72-hours of the game.” . . . Meanwhile, there were two WHL games last night . . .

In Kelowna, the Kamloops Blazers got two goals from each of F Orrin Centazzo

Media coverage of the WHL has taken a hit with the news that Greg Harder, the Regina Leader-Post’s man on the Pats beat for more than 20 years, has left sports. Harder, who absolutely owned the Pats/WHL beat in that city, now is the newspaper’s arts and features editor. . . . Rob Vanstone of The Leader-Post has more on Harder right here. . . . Vanstone’s piece doesn’t mention whether Harder will be replaced in the sports department, but recent history would indicate that won’t happen. The Leader-Post sports department that once was home to 10 or 12 writers and copy editors now is down to two.

Yes, today is May 7. And, yes, Green Shirt Day was on April 7. . . . But what’s to keep us from promoting organ donation on the seventh day of every month, saving the really big annual push for April 7? . . . If you have even had a glimmer of thought about registering for organ donation, do the research and ask some questions. . . . And if you have thought about being a living kidney donor, again, please do the research and ask the questions. Be sure to investigate the Living Kidney Donor Program. You will learn, for example, about how you are able to be a living donor without being a blood-type match for any one person in particular. Yes, you can look it up!

And, hey, happy Green Shirt Day for May. 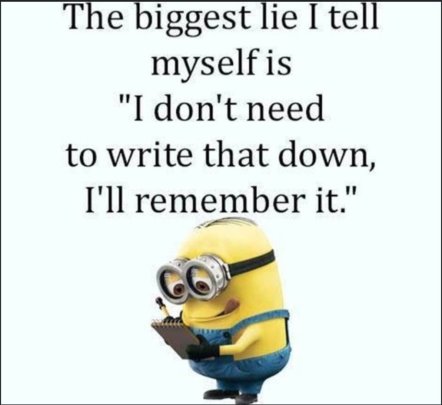