Nothing captures this crazy season like an image of Pekka Virta, the head coach of the Finnish champion Lukko, who spent almost 50 days at the ICU with Covid-19, and returned to the bench with a nasal cannula (NC) to deliver supplemental oxygen to him. pic.twitter.com/F2IpcHsV2S

On May 1, Medina Spirit, trained by Bob Baffert, won the Kentucky Derby.

On Sunday, it was revealed that Medina Spirit had failed a drug test and that Baffert had been suspended indefinitely from Churchill Downs in Kentucky, the site of the Derby.

The horse tested positive for betamethasone, an anti-inflammatory.

Baffert, who has had five horses test positive in the past year, called the situation “disturbing” and added that it was “the biggest gut punch in racing for something I didn’t do.”

We now await the outcome of a second round of testing on Medina Spirit.

On Monday, Baffert told ESPN: “I’m not a conspiracy theorist. I know everybody is not out to get me, but there’s definitely something wrong. . . . There’s problems in racing. But it’s not Bob Baffert.”

Also on Monday, Baffert was blaming “cancel culture” and saying that Medina Spirit “has never been treated with” betamethasone.

Sheesh, he even talked about the possibility of a groom taking cough medicine, urinating in the horse’s stall and the horse eating some of the tainted hay.

By Tuesday, Baffert was admitting that the horse had been treated with an anti-fungal ointment that contains betamethasone.

Anyway . . . the Preakness Stakes is scheduled for Saturday. Medina Spirit will come out of the three-hole in the field of 10.

Fernando Tatis Jr., the San Diego Padres’ most watchable shortstop, and at least two coaches with the New York Yankees have tested positive. . . . The Padres put Tatis Jr., who was asymptomatic, and teammates Jorge Mateo and Jurickson Profar, who were close contacts, on the injured list. . . . The Padres are in Denver where they beat the Colorado Rockies, 8-1, on Tuesday night. . . . Phil Nevin, the Yankees’ third-base coach, and first-base coach Reggie Willits tested positive despite having been fully vaccinated. An unidentified member of the team’s support staff also tested positive after having been fully vaccinated. . . . As of last night, the team was awaiting test results for other coaches and support staff. . . . The Yankees are in Tampa Bay where they beat the Rays, 3-1, on Tuesday. They are planning to play again today as scheduled. . . . Lindsey Adler of The Athletic reported that a source had said the game was allowed to proceed because contact tracing and the high rate of vaccinations among Yankees personnel indicated there was no significant additional risk.

I cannot overstate how important @pvarney was to making this @SeattleTbirds season actually happen. ZERO covid cases at the end of the season. Well done and thank you so much for all the hard work you always do. pic.twitter.com/51RQcF4TDv

Three more WHL teams concluded their seasons on Tuesday, with the last four set to do the same tonight (Wednesday) with the Prince George Cougars meeting the Blazers in Kamloops and the Victoria Royals facing the Rockets in Kelowna. . . .

F Kishaun Gervais broke a 2-2 tie at 4:10 of the third period and the Portland

Meanwhile, on Monday night, a pair of 16-year-olds — F Connor Levis and F

The WHL’s department of justice came down on the Seattle Thunderbirds and Spokane Chiefs after their starting goaltenders got into a scrap late in the third period of Sunday’s game. Each team was fined $500.

Happy Birthday Tom Martin.🎂 He will always be known as the guy traded to the Cougars in 1983 by the Seattle Breakers in exchange for a bus.🚌

Prince Albert is another step closer to a new arena, one that would be home to the WHL’s Raiders, as city council has voted to award design-related contracts for an estimate $3.2 million to firms from Saskatoon and Toronto. . . . Interestingly, the vote was 6-3 with one councillor, Tony Head, upset that local companies didn’t receive more consideration from the city’s administration. . . . Jason Kerr has that story right here. 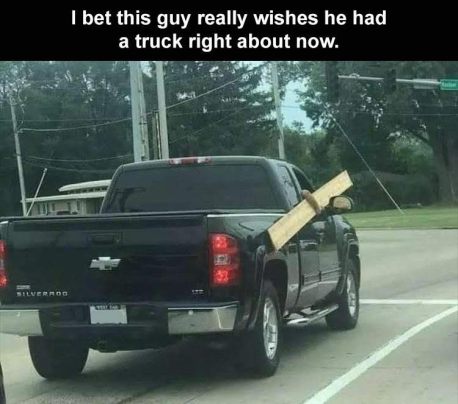 ICYMI, the Priestner Sports Corporation, which owns the Saskatoon Blades, has purchased the National Lacrosse League’s Saskatchewan Rush from Bruce Urban. Urban moved the franchise from Edmonton to Saskatoon in 2016. . . . Both teams play out of Saskatoon’s SaskTel Centre. . . . The PSC is headed up by Mike Priestner, who also owns Go Auto, which controls 47 Canadian dealerships. . . . Colin Priestner will be the Rush’s governor and president while continuing on as the Blades’ president and general manager. . . . Derek Keenan will stay on as the Rush’s GM.