John Schultz of the San Francisco Chronicle, in a Saturday morning piece: “COVID-19 has claimed its first Olympic competition: Czech beach volleyball player Marketa Slukova tested positive this week, forcing a cancellation of her match with teammate Barbora Hermannova against Japan’s Megumi Murakami and Miki Ishiibeing, The Associated Press reports. The Japanese were awarded a victory by default in what would have been the tournament’s opening match. Olympics-related COVID cases in Japan has reached 127, including 14 athletes.”

By Sunday, that number had reached 137. . . . There’s more on all of that right here, including a list of athletes who have tested positive.

Meanwhile, Bryson DeChambeau was knocked out of the Games on Saturday by a positive test before he left for Tokyo. Patrick Reed, who finished play in the PGA’s 3M Open, will replace him on the American team. The Olympic golf tournament is scheduled to begin on Thursday.

The field for that even may be set at 59 because Spain’s Jon Rahm may not be replaced after he, too, tested positive.

You will recall that Rahm, who is fully vaccinated, tested positive on June 5 while holding a six-stroke lead after three rounds in the Memorial Tournament. This time, he tested positive in the final round of tests prior to leaving for Tokyo.

On Saturday evening, I had flashbacks to December 1985 when the WHL’s

Regina Pats came oh, so close to relocating to Swift Current over the Christmas break. It all began in May when the Regina Leader-Post reported that “Regina Pats fans are going to have to dip into their pockets for an extra dollar to cover parking charges announced by the Pats’ landlord, the Regina Exhibition Association.” . . . You may recall that it ultimately led to Herb Pinder Jr. and his family selling the Pats to a group of Regina businessmen. . . . Anyway, the reason for the flashback was this tweet from the Seattle Times: “The Seattle City Council will consider a proposal Monday to raise on-street parking fees in Uptown during large events at Climate Pledge Arena.” . . . That, of course, will be the home arena for the NHL’s newest franchise, the Seattle Kraken.

Michelle Baruchman of the Times reported:

“Under a proposal before the City Council on Monday, drivers would pay $3 per hour for their first two hours of street parking and $8 per hour for the second two hours during events that attract 10,000 or more guests.

“That means Uptown visitors parking near the arena who spend four hours shopping, eating and watching the Kraken play would pay $22 to park. On-street parking would be limited to four hours during the day and evening hours.”

This goalkeeper just won a match against his former team.

Instead of celebrating – he invited a fan with Down's Syndrome on to the field to take a penalty kick.

It cost you nothing to be kind. Humanity…pic.twitter.com/4TrYX5rbkT

I have never been a Montreal Canadiens’ fan — it was always Gordie Howe and the Detroit Red Wings for me — but I must admit to having had a tear in my eye on Friday night when the Montreal Canadiens revealed the name of their first-round selection in the NHL draft. There was a time when they set the bar for everyone else. But I guess it’s fair to say they no longer hold the torch as high as they once did.

“When Montreal Canadiens GM Marc Bergevin faced his questioners Friday night after choosing defenseman Logan Mailloux in the first round of the NHL draft, he provided the following answer in French: ‘On the hockey side, he was the best pick.’

“And that, ladies and gentlemen, tells you everything you need to know about the toxic culture that surrounds this great game. You do have to hand it to “hockey people”, however. No matter how much they embarrass themselves, they simply don’t seem to care what people outside their tight little circle think about their attitudes and actions.”

Campbell’s complete piece is right here, and if you haven’t already you should consider subscribing to Hockey Unfiltered with Ken Campbell.

Colin Priestner, the president and general manager of the WHL’s Saskatoon

Blades, apparently was watching the draft, and he chose to hit Twitter three times with his opinion of what transpired with the Montreal Canadiens and their first pick. Priestner hitting social media with his red-hot reaction really was something when you consider that WHL and team officials rarely offer anything resembling hard-hitting commentary, or anything that might stir the pot, on anything these days. . . . BTW, he wasn’t wrong.

So an NHL team selects a kid who has been convicted of a sex crime in the first round? The player, who begged not be picked because he was not “mature enough”? This team is clearly not concerned about sex crime VICTIMS.

They’ll have to renounce this pick within a week. WTF.

The same week our sport celebrates the first openly gay player coming out, and a “model” NHL franchise does this? Progress, they say, is never a straight line.

I’m angry tonight for the 99.9% great people in this wonderful sport who are being kept in the stone age by the 0.1%

30 deserving kids, who’ve poured their heart and souls into making this the biggest day of the lives, will be marginalized tomorrow when the story of the entire draft will become “the Montreal pick draft”. Outlets who never cover hockey will pounce. Purely self- inflicted wound. 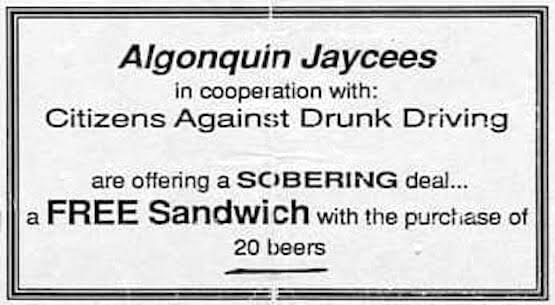 It is quite evident that the NFL isn’t going to show any patience with unvaccinated team personnel who don’t follow the restrictions that are being placed on them.

According to ESPN, Bruce Arians, the head coach of the Tampa Bay Buccaneers, told his players that an unvaccinated player will be fined “$14,000 on the spot every time he isn’t wearing a mask or is breaking a protocol.”

Things could get interesting with the Bucs, too, because RB Leonard Fournette tweeted on Thursday: “Vaccine I can’t do it.”

They opened training camp on Sunday.

If you are wondering why the NFL is going to such disciplinary lengths to try and protect its product from COVID-19 consider this: Each team will be paid $309 million for its share of television revenue; the NFL’s salary cap this season is $198 million.

If all goes according to plan — in other words, if COVID-19 doesn’t rear its ugly head in a big way again — WHL teams will open their training camps on or about Sept. 8. That is six weeks from Wednesday. So . . . if the WHL is going to a mandatory vaccine protocol as is the OHL, anyone who hasn’t yet been fully vaccinated is running out of time.

Steve Sparks, an analyst on the Houston Astros’ radio crew, won’t be on an eight-game road swing that opens today (Monday) against the Seattle Mariners. Yes, he tested positive on Sunday.

Here’s Bob Molinaro in the Hampton Roads Virginian-Pilot: “For this season, unlike last, if a college football team can’t post for a game because of a COVID outbreak in its locker room, it should lose by forfeit. There are no excuses anymore.”

Jack Finarelli, aka The Sports Curmudgeon, added: “I could not agree more. And I do not care if one of the elite teams has to be the one to forfeit a game and ruins its chances for the CFP.”

Mike Lupica, in the New York Daily News: “I guess we’re past the point where couples counselling is going to help with Aaron Rodgers and the Packers.”

The Lethbridge Hurricanes have signed F Peter Repcik, 17, to a WHL contract. The Slovakian was selected in the CHL’s 2021 import draft. Repcik had nine goals and 15 assists in 27 games with Team Slovakia’s U-18 side. He also had two assists in three games with the U-20 team. 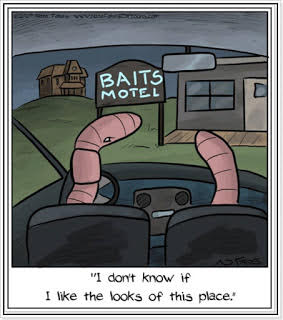