The Brandon Wheat Kings beat the host Saskatoon Blades, 5-4 in OT, on

Wednesday night. The WHL now is admitting that Brandon’s second goal, which gave it a 2-1 lead, developed after an off-side play.

Saskatoon challenged for off-side, but the goal was allowed to stand.

In real time, Les Lazaruk, the veteran radio voice of the Blades, tweeted:

“Following Thornton’s goal at 5:55 of the 2nd period, @BladesHockey H-C Brennan Sonne issued a coaches challenge for offside. While video on the scoreboard showed offside, the goal was allowed after a long delay…about 10 minutes. I can only surmise the video on the screen . . . wasn’t available to the video officials booth. Either way, the review took way too long.”

Here is what the WHL says happened:

“The WHL apologizes for the technical issues that produced an inaccurate result in the video review requested by Saskatoon, and is working diligently to ensure similar problems do not occur in the future.”

It is, is it not, at least a little bit interesting that it was the home team that got stiffed by “technical issues in the video review booth.”

Would the conspiracy theorists have had a night had it happened in Brandon? LOL!

Hopefully, there weren’t any technical issues in any of the WHL’s eight Friday night games. Some highlights . . .

In Kelowna, F Colton Dach scored twice as the Rockets doubled the Kamloops Blazers, 4-2. . . . Dach (3) broke a 2-2 tie at 12:13 of the third period as the Rockets (2-1-0) handed Kamloops (4-1-0) its first loss. . . . The Blazers complete a run of four road games in five nights tonight when they meet the Vancouver Giants in Langley, B.C. . . . G Colby Knight, an 18-year-old from Red Deer, stopped 29 shots to earn the victory in his first appearance since being acquired this week from the Edmonton Oil Kings. . . .

In Kent, Wash., the Everett Silvertips tied the game with a shorthanded goal late

In Kennewick, Wash., G Mason Beaupit turned aside 18 shots to lead the Spokane Chiefs to a 3-0 victory over the Tri-City Americans. . . . It was his first career shutout. It came in his fourth game of this season and 17th of his career. . . . F Jack Finley (2) had a goal and an assist. . . . The Chiefs are 2-3-1; the Americans are 2-2-0. . . . Tri-City F Drew Freer was hit with a match penalty for attempt to injure at 15:58 of the third period, following an incident involving F Reed Jacobson. The Chiefs’ Twitter account noted: “Ugly situation leads to Jacobson being taken off the ice by medical, appeared to be conscious and alert.” 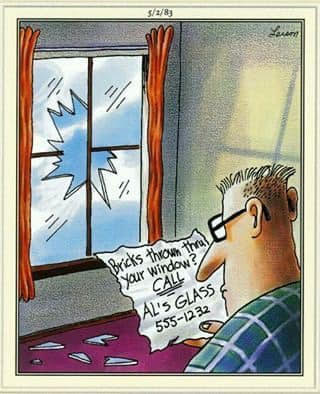 JUST NOTES: The AHL’s Henderson Silver Knights announced Friday that head coach Manny Viveiros is taking a “non-COVID medical leave of absence from the team.” That puts assistant coach Jamie Heward in charge on an interim basis. Both are former WHL players and coaches, and were together on the bench when the Swift Current Broncos won the WHL’s 2017-18 championship. They are in their second seasons with the Knights, the AHL affiliate of the NHL’s Vegas Golden Knights. . . . The Golden Knights beat the Colorado Eagles last night, 5-4 in a shootout, on a goal by former Winnipeg Ice F Peyton Krebs. . . . John Garrett, a former WHL/NHL goaltender, wasn’t in Philadelphia with the Vancouver Canucks on Friday due to COVID protocols. Garrett usually provides the analysis along play-by-play man John Shorthouse on Canucks’ telecasts. Former WHL G Corey Hirsch moved over from the radio booth to take Garrett’s spot. . . .

The NFL’s Arizona Cardinals will be missing head coach Cliff Kingsbury, QB coach Cam Turner and DL Zach Allen when they play the Browns in Cleveland on Sunday. All three tested positive on Friday. The Cardinals have had enough recent positives that they are going into enhanced protocols, meaning players and staff will be tested daily regardless of vaccination status.

JUNIOR JOTTINGS: The Calgary Hitmen have dropped G Jack McNaughton from their roster. McNaughton, who is to turn 20 on Oct. 30, played the previous three seasons with the Hitmen. From Calgary, he was 46-24-8, 3.32, .884 in 87 regular-season appearances over three-plus seasons. That included one game this season.