More than 7 million American adults are trying to survive in a pandemic world while immuno-compromised. . . . At the same time, restrictions are being rolled

back, moves that oftentimes don’t make things any easier for those people with compromised immune systems.

In a story in The Atlantic that is headlined The Millions of People Stuck in Pandemic Limbo, Ed Yong writes:

“A significant proportion of them don’t respond to COVID vaccines, so despite being vaccinated, many are still unsure whether they’re actually protected — and some know that they aren’t Much of the United States dropped COVID restrictions long ago; many more cities and states are now following. That means policies that protected . .  . immunocompromised people, including mask mandates and vaccination requirements, are disappearing, while accommodations that benefited them, such as flexible working options, are being rolled back.

“This isn’t a small group. Close to 3 percent of U.S. adults take immunosuppressive drugs, either to treat cancers or autoimmune disorders or to stop their body from rejecting transplanted organs or stem cells. That makes at least 7 million immunocompromised people — a number that’s already larger than the populations of 36 states, without even including the millions more who have diseases that also hamper immunity, such as AIDS and at least 450 genetic disorders.”

Please take a few minutes out of your day and give Yong’s piece a read. It will help you understand what a large part of our community has had to go in these pandemic days. . . . That story is right here.

The Memorial Cup tournament has been moved to later in June, something that will allow the three major junior leagues to complete regular-season schedules that have been repeatedly interrupted by pandemic-related issues. . . . The four-team tournament will be held in Saint John, N.B., meaning the QMJHL’s Sea Dogs will be the host team. . . . The opening game now is scheduled for Monday, June 20 with the final on Wednesday, June 29. One day, June 26, is set aside for a tiebreaker, if needed, with June 28 a day off for the finalists. . . . The tournament had been scheduled to run from June 4 through June 13. . . . It became evident that a schedule change would be made after the QMJHL, which didn’t play any games between Dec. 18 and Feb. 4, announced that it would conclude its regular season on May 1, with its playoffs to begin on May 5 and end no later than June 15. . . . The WHL, which has had to postpone a number of games, is expected to announce schedule changes today.

Four tweets from Jess Rubenstein, who keeps both eyes on New York Rangers’ prospects for Blueshirt Bulletin and The Prospect Park . . .

Dylan Garand just left the game with what looks like a right knee injury. The cause of injury is unknown but on replay, it looked to me like his skate got caught against the post. He had trouble getting off the ice

Correction it was Dylan Garand's left knee that was injured

Kamloops Associate Coach Mark Holik said on the postgame show that Dylan Garand had a "lower-body injury" but added he was moving around in the locker room ok.

But I really wish these hockey teams would stop acting as if every injury was a CIA classified secret. The injury was clear to see to the fans in the arena, those like me watching on the PC, and anywhere else. It is ok to say that he hurt his knee. Geeze

JUNIOR JOTTINGS: F Drew Englot broke a 4-4 tie at 10:13 of the third period and added an insurance goal at 12:02 as the host Kamloops Blazers got past the Victoria Royals, 6-4. Englot has 11 goals. . . . F Logan Stankoven had one assist for Kamloops, running his point streak to 17 games. He’s got 36 points, including 20 assists, during that stretch. F Luke Toporowski got his 30th goal; he’s got 15 in 13 games with the Blazers, who acquired him from the Spokane Chiefs. . . . G Dylan Ernst stopped nine of 11 shots after coming on in the second period following Dylan Garand’s exit with an apparent left knee injury. . . . The Blazers (34-12-1) are second in the Western Conference, three points behind Everett (33-7-6) with the Silvertips scheduled to play in Kamloops on Friday night. . . . F Carter MacAdams scored three times to lead the Prince George Cougars to a 5-2 victory over the Rockets in Kelowna. MacAdams has 10 goals this season. . . . F Ryder Korczak set up two goals as the Moose Jaw Warriors edged the host Calgary Hitmen, 3-2. The game was played in the Seven Chiefs Sportsplex on the Tsuut’ina Nation. The Hitmen will entertain the Winnipeg Ice there on Friday night. The Hitmen usually play home games in the Saddledome, but pandemic-related rescheduling involving lacrosse’s Roughnecks and the NHL’s Flames necessitated the change of venue. . . . F Chad Nychuk scored twice, giving him 14, as the Brandon Wheat Kings beat the Tigers, 4-1, in Medicine Hat.

The KHL has confirmed that its regular season won’t be resuming following the completion of the Olympic Winter Games in Beijing. Instead, the playoffs, featuring eight teams in each of the two conferences, will begin on March 1. . . . There is more, including a first-round playoff schedule, right here.

There’s another Habscheid on the hockey-coaching scene in Prince Albert. Bailey Habscheid has joined the coaching staff of the Prince Albert Northern Bears, who play in the Saskatchewan Female U18 AAA Hockey League. Bailey is a niece to Marc Habscheid, the veteran head coach of the WHL’s Prince Albert Raiders. . . . The Bears have had to juggle their coaching staff following a decision by Jeff Willoughby, the head coach since 2010-11, to step down. Steve Young, who spent five seasons (2008-13) in the Raiders’ front office, now is the Bears’ head coach. . . . The Bears also added Brad Rock as an assistant coach, joining Curtis Olsen.

I spent far too much time talking — and sometimes loudly — to a TV set on Wednesday night. But it was quite a ride with the Canadian women’s hockey team. Thanks, ladies! . . .

A lot of people will remember Marie-Philip Poulin’s two goals in Canada’s 3-2 victory over the U.S. in Beijing last night. But the play she made on the game’s final face-off, lining up in the centre-ice circle with 13.5 seconds remaining and snapping the draw straight ahead and past the icing line was terrific. Her hockey IQ, as they say, is off the charts. . . .

From Chris Peters (@chrismpeters) of Hockey Sense: “Another crazy MPP stat. She won 74% of her 23 draws tonight, participating in 38% of all faceoffs in the game. Canada won 65% as a team. One such win directly led to the first goal + she had that faceoff after the USA goal where she nearly put it into the empty net from the dot.” . . .

The U.S. dressed 19 skaters for the game with Canada. Seven of them played fewer than eight minutes, while 10 played more than 21 minutes each. 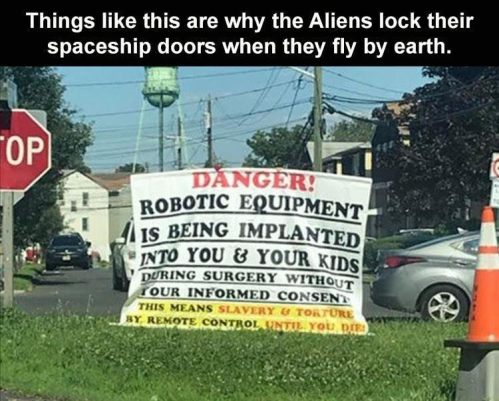