In light of developments involving Russia and Ukraine, there is a move afoot, started by the British government, to move soccer’s Champions League final out of St. Petersburg. The game is scheduled to be played on May 28 at Gazprom Arena. Gazprom, Russia’s state-owned energy giant, has sponsored the Champions League for 10 years.

You have to wonder, too, if the Russia-Ukraine situation might have repercussions in the world of hockey. Gord Miller of TSN, who is more than a little familiar with the world of international hockey, posted a series of tweets on this subject on Monday. Here’s a few of them . . .

“Start with the KHL, where the playoffs are set to start next Monday.  One of the top KHL teams is Jokerit, located in Helsinki, but the team and arena are Russian owned. Jokerit is scheduled to play Spartak Moscow, would the Finnish government bar travel to and from Russia?

(Note: It’s worth noting that Chelsea, one of the soccer teams still alive in the Champions League’s round of 16, is owned by Russian oligarch Roman Abramovich.)

“Then there’s the Men’s World Championship set for Finland in May. If the Russians invade Ukraine, would the IIHF bar them from competing? That seems unlikely, but it did strip Belarus of it’s co-hosting of the 2021 WC. And again, would the Finnish government step in?

“This summer, the U.S. will host the Women’s U18 tournament, Canada will host the Hlinka/Gretzky U18 tournament and the World Juniors in August. Since severe travel restrictions to and from Russia are among the sanctions being discussed, would their teams be allowed to play?

“Further out, Russia is scheduled to host the 2023 World Junior Championship in December and the Men’s Worlds in May of 2023. New arenas have been built in Novosibirsk and St. Petersburg to host the two events, which stand to be very lucrative and high-profile for Russia.

“Again, even if the IIHF doesn’t take steps in the event of a Russian invasion, would a boycott of those two events by the other competing nations be possible? It might not even be in the hands of the hockey federations, national governments could make that call.”

Who knows what the future holds, but all of this definitely is food for thought and it all will be worth watching as it plays out. 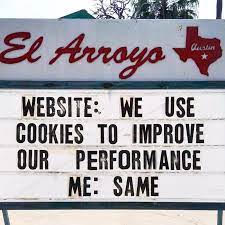 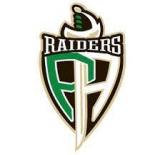 over the Tigers on Monday afternoon, it marked another milestone for veteran head coach Marc Habscheid.

Unofficially, this was the 572nd regular-season victory of Habscheid’s WHL head-coaching career. (It’s all unofficially because the WHL hasn’t made available a Guide and Record Book since early in the 2019-20 season.)

By my count — and I’m the first to admit that I’ve been wrong before — Habscheid now is tied with Mike Williamson for fifth spot on the all-time list. Habscheid, who will turn 59 on March 1, worked as the head coach of the Kamloops Blazers, Kelowna Rockets and Chilliwack Bruins/Victoria Royals before taking over the Raiders during the 2015-16 season.

The Raiders are next scheduled to play tonight (Wednesday) against the host Calgary Hitmen. (Habscheid earned his 500th victory on Feb. 9, 2019, in Lethbridge, and celebrated on the way out of town by having the bus stop at a Dairy Queen. He had a large chocolate sundae and treated everyone else. “The boys got whatever they wanted,” he said at the time. “Best $180 I ever spent.” Might there be another DQ stop in the Raiders’ future?)

Williamson had stints as the head coach with the Winterhawks, Hitmen and Tri-City Americans. BTW, a hearty Happy Birthday to Williamson, who turned 50 on Tuesday (Feb. 22). 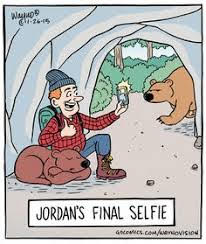 JUNIOR JOTTINGS: The WHL has suspended F Matthew Rempe of the Seattle Thunderbirds for two games after he was hit with a kneeing major and game misconduct during a game against the host Portland Winterhawks on Saturday night. Rempe was tossed at 1:55 of the first period for a hit on Portland F Jack O’Brien. Although O’Brien looked to have suffered an injury to his left leg at the time, he was back in the lineup the next night and had two goals and an assist in a 9-1 victory over the visiting Spokane Chiefs. . . . Although things have been quiet of late in terms of COVID-19, don’t think for a moment that it has gone away. The QMJHL has postponed two games involving the Cape Breton Eagles because of what are reported to be several positive tests among players. The games, both against the visiting Charlottetown Islanders, were to have been played on Feb. 25 and 26. The Eagles haven’t played at home since Dec. 15. . . . The WHL’s Victoria Royals (14-30-5), who recently snapped a 17-game losing streak, are tied for eighth in the Western Conference. They have 19 games remaining, with seven of those against the sixth-place Prince George Cougars (19-27-3). The Vancouver Giants (19-25-2) are between those two, one point behind the Cougars and seven ahead of the Royals and Tri-City Americans (14-29-5). . . . Meanwhile, the Kamloops Blazers (35-13-2) are second in the conference while leading the B.C. Division. The Kelowna Rockets (29-12-4) are fifth in the conference and second in the division, 10 points behind Kamloops. They will play in Kelowna on Friday and in Kamloops on Saturday. Later, from March 11-26, they will play each other six times. That’ll be six straight games for Kamloops, while Kelowna will squeeze in a doubleheader in Victoria during that stretch. . . . The Rockets will come out of the games with Kamloops to play four in a row against Prince George.

MONDAY IN THE WHL: F Reece Vitelli scored twice, giving him 18, as the visiting Prince Albert Raiders scored the game’s last four goals and beat the Medicine Hat Tigers, 4-1. Raiders D Trevor Thurston likely should expect a call from the WHL office, if he hasn’t had one already, after picking up two major penalties on the same play with 30 seconds left in the third period. He took a charging major for a hit on F Brayden Boehm. Yes there was a scrum, during which Thurston picked up a cross-checking major. . . . F Karson King (4) and F Josh Davies (15) each scored twice as the Swift Current Broncos beat the Pats, 4-3, in Regina. Davies broke a 3-3 tie at 7:59 of the third period. F Connor Bedard (31) and F Tanner Howe (19) each had a goal and an assist for Regina. . . .

The host Edmonton Oil Kings erased a 2-0 deficit with five straight goals en route to a 6-3 victory over the Winnipeg Ice. F Justin Sourdif (15) and F Josh Williams (25) had two goals each for Edmonton. Sourdif’s second goal, which gave Edmonton a 5-2 lead, was the first shorthanded score surrendered by the Ice this season. F Jake Neighbours of the Oil Kings had an empty-net goal as he ran his point streak to 14 games, the WHL’s longest active streak. . . . G Tyler Palmer blocked 35 shots to lead the Victoria Royals to a 3-0 victory over the Vancouver Giants in Langley, B.C. An 18-year-old freshman from Fernie, B.C., Palmer, who is 5-0-0, 1.36, .961 against Vancouver, has two shutouts this season, both against the Giants. The Royals (14-30-5) have won eight of 10 meetings with the Giants (19-25-2) this season. They’ll go home-and-home this weekend to wrap up their season series. . . .

In Kelowna, F Turner McMillen scored twice, giving him nine goals as the Rockets dumped the Tri-City Americans, 5-3. Tri-City G Tomas Suchanek turned aside 51 shots . . . F Logan Stankoven had his points streak stopped at 19 games but did score in the shootout as the Kamloops Blazers clinched a playoff spot by beating the visiting Everett Silvertips, 4-3. Stankoven had 39 points, including 17 goals, in the WHL’s longest points streak to date this season. Kamloops F Daylan Kuefler (25) forced OT at 19:17 of the third period with his second goal of the game. Stankoven and F Luke Toporowski scored for Kamloops in the shootout, while F Jackson Berezowski counted for Everett.

If you didn’t happen to watch the Seattle Kraken and Vancouver Canucks playing on Monday night, there was a bizarre few moments when six players scrapped for a puck that wasn’t in the corner where they thought it was. Take a look . . .

This was hilarious. Six dudes battling in the corner for a puck that’s not there 😂 pic.twitter.com/3eKGyIPKAe 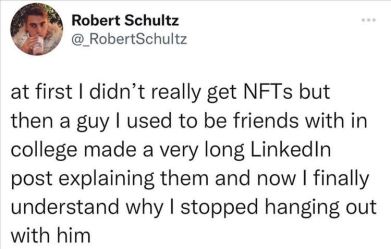 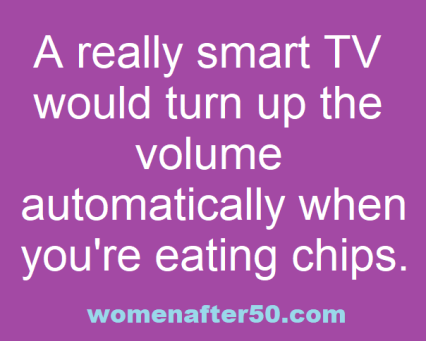