Having spent more than 40 years paying close attention to the WHL, mostly as a sports reporter at four different daily newspapers and lately in retirement, I

learned a long time ago not to pay a lot of attention to post-season awards.

While they rarely make everyone happy, they almost always end up as a source for discussion among fans. It also seems that there almost always are one or two that seem to carry with them something of a political odour.

The WHL announced a whole bunch of awards and nominations and all-star teams on Thursday, and one of them was a real eyebrow-raiser.

The way things work in the WHL is that the divisional nominees for various awards are named, then at some point the list is shortened to conference nominees. Then, much later, the league award winners are announced.

On Thursday, then, the Prince Albert Raiders were revealed as the East Division nominee for the WHL Business Award. According to a WHL news release, this award goes annually to the organization “that best exemplifies giving back to the community and producing an electrifying game-day experience for fans.”

While I have no doubt that the Raiders meet the criteria — you are able to read about the group’s accomplishments right here — let us not forget that the organization was guilty of a real mis-step during the season.

It was early in the season when the Raiders revealed that they were revisiting their past to introduce an alternate sweater. That sweater would include a logo that harkened back to the early 1980s, one that no longer is seen as being politically correct.

(You only have to turn to Google and look for “Prince Albert Raiders logo offensive” to see the reaction to the unveiling of the alternate sweater.)

It should also be remembered that early in the 2013-14 season the Raiders had introduced a new mascot that was fashioned after that same logo. It was met with such a response that it was put back in the closet in short order.

Look, you don’t have to dig very deep these days to find incidents involving racism in various levels of hockey, each of them accompanied with comments about how hockey really has to do better if it is ever to rid itself of these occurrences.

While I don’t doubt that the Raiders have done a whole lot of good work that benefited their community, I would suggest this just wasn’t the right time to salute them by giving them the East Division’s WHL Business Award.

If you visit the WHL website at whl.ca you will find all of Thursday’s announcements, including conference first- and second-team all-stars and individual award nominees. 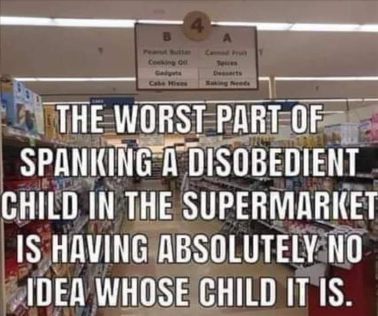 through when asked about injuries to any of their players, especially during playoffs. . . . Take the case of Dennis Williams, the general manager and head coach of the WHL’s Everett Silvertips, who will open their first round tonight against the visiting Vancouver Giants. . . . Everett didn’t have Olen Zellweger, the WHL’s highest-scoring defenceman, for its last two games, while F Jackson Berezowski, a 46-goal man, sat out the last game. . . . Asked on Wednesday about their status, Williams told Steve Ewen of Postmedia: “You’re just going to have to wait and see on Friday. I won’t be commenting on any injuries.” . . . That came a day after Williams, when asked about Zellweger, told Nick Patterson of the Everett Herald: “Olen will be set to play.” . . . The betting here is that Berezowski and Zellweger both are in the lineup.

I don't know why Everett has been getting stick for their loser points…they would have topped the conference no matter what system (3-2-1-0, ties after regulation, ties after overtime), and the current system actually hurt them more than the others https://t.co/1uaCPprmrz

In Edmonton, G Sebastian Cossa stopped 25 shots to lead the Oil Kings to a 4-1

victory over the Lethbridge Hurricanes. . . . The Oil Kings lead the best-of-seven first-round series, 1-0, with Game 2 scheduled for Edmonton on Saturday. . . . Cossa lost his bid for his first playoff shutout when F Tyson Laventure scored, on a PP, at 18:12 of the third period. . . . Cossa has 14 regular-season shutouts in his career. But with the playoffs being cancelled each of the previous two seasons, this was his first post-season appearance. . . . F Carter Souch scored the game’s first goal, at 9:30 of the second period, with F Dylan Guenther upping the lead to 2-0 at 14:47. . . . The Hurricanes got 44 saves from G Bryan Thomson. . . . There are seven playoff games scheduled for tonight, with eight set for Saturday.

JUNIOR JOTTINGS: When Brandon opens its first-round playoff series against the host Red Deer Rebels on Friday night, Craig Beauchemin will be the radio voice of the Wheat Kings. Beauchemin, the play-by-play voice of the Swift Current Broncos, will handle all Wheat Kings playoff games after Branden Crowe left to join Hockey Canada. . . .

G Garin Bjorklund and D Dru Krebs, both from the Medicine Hat Tigers, have joined the Hershey Bears, the AHL affiliate of the NHL’s Washington Capitals. Bjorklund, who will turn 20 on May 28, was a sixth-round pick by the Capitals in the NHL’s 2020 draft. Krebs, who turned 19 on Feb. 16, was taken by Washington in the sixth round of the 2021 draft. . . .

D Logan Nijhoff, 20, will finish the season with the AHL’s San Diego Gulls. He was the Regina Pats’ captain this season. . . . Earlier in the week, he was named the 2022 Dayna Brons Honorary Award recipient for his work with Hockey Gives Blood. . . . The Pats also saluted Nijhoff with the Mike Kartusch Community Service Award.

JUST NOTES: Vaughn Rody was a WHL linesman back in the day, before going on to work 21 seasons in the NHL. Rody is from Winnipeg and now lives in Lake Stevens, Wash. It was only fitting that the final game of his NHL career should come in Seattle on Wednesday as the Kraken beat the Colorado Avalanche, 3-2. . . .

Tom Renney, who once coached with the Kamloops Blazers, is retiring from Hockey Canada, effective July 1, after eight years as the CEO. Sean Smith, already Hockey Canada’s president, will add CEO to his office door. . . . “This is a decision I have been preparing for over the past year and while it is never easy, I know the time is right and I am grateful for the past eight years,” Renney, a Cranbrook native, said in a news release. . . .

Jokerit, a pro hockey team that plays out of Helsinki, spent eight seasons in the KHL before pulling out late in February after Russia attacked Ukraine. Now it has announced that, while it won’t operate in 2022-23, it hopes to return to Finland’s top league (Liiga) for 2023-24. It’s also worth noting that former Edmonton Oilers star Jari Kurri now is Jokerit’s sole owner after buying the 40 per cent of the club that had been owned by the Russian company Norilsk Nickel Harjavalta Oy. . . .

Adam DiBella has been named head coach of the junior B Nelson Leafs of the Kootenay International Junior Hockey League. He replaces his father, Mario, who has chosen to retire. Adam spent four seasons as an assistant coach alongside his father. . . . Lance Morey remains as the Leafs’ general manager. . . .

Mark Peterson is the new head coach of the U-18 AAA Saskatoon Contacts. He had been the team’s director of scouting and recruitment. Peterson replaces Dale Lambert. 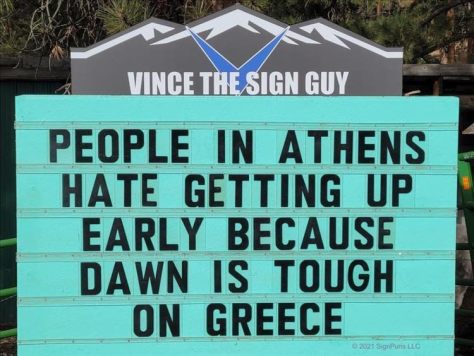