Special treat at tonight’s @SeattleKraken game. Four and a half years ago Christine rode on the @pdxwinterhawks Fanboni with me prior to open heart surgery. Tonight I met up with Christine and her dad at @ClimateArena. And she still has the stuffie I gave her for luck! pic.twitter.com/VbFbEB0ZH2

Rich Franklin spent time in the front office of the WHL’s Portland Winterhawks and now is an executive with the Coachella Valley Firebirds, the AHL affiliate of the NHL’s Seattle Kraken. . . . The above tweet is from the Kraken’s home game on Wednesday night and I have to tell you that it warms my heart.

A message from @TSN_Sports regarding Dennis Beyak: pic.twitter.com/cuaPiK5Hdq

Dennis Beyak, one of hockey’s best play-by-play voices, has decided to partially retire when this season is over, something that will happen for him on Sunday. Beyak has been the voice of the Winnipeg Jets on TSN since 2011. Unfortunately, because of blackout regulations, a lot of hockey fans likely have never heard him call an NHL game. . . . Beyak, who turned 70 on Nov. 23, will call his final Jets’ game on Sunday afternoon when they meet the visiting Seattle Kraken. . . . Thankfully, we will be able to hear him on occasion as TSN plans on giving him some international assignments. His work on many World Junior Championship games that don’t involve Team Canada has been terrific. . . . Here’s hoping he’s on the call for some games from the WJC in Edmonton in August. . . .

If you aren’t aware, Beyak is a former WHL play-by-play man and also a former WHL executive. . . . He began his play-by-play career at CFAR in Flin Flon in 1970 as the voice of the Bombers at a salary of $57.50 per week. He would go on to call the play for the Saskatoon Blades, Victoria Cougars and Seattle Thunderbirds. . . . He had stints in management, too, as the Blades’ assistant general manager and as GM of the Seattle Thunderbirds and Tri-City Americans. . . . He also has been the play-by-play voice of the Edmonton Oilers and Toronto Maple Leafs. . . .

Scott Billeck of the Winnipeg Sun wrote that Beyak explained his decision this way: “When I turned 70, I started to think about this, about how much longer I wanted to do this. I always wanted to kind of go out while I was still able to do it. I didn’t want to get to the point where I was questioning myself — should I have done it earlier?” . . .

Oh, and did I mention that he is an excellent emcee, who could have been a standup comedian? 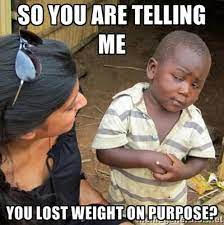 four denotes ties (remember them?). They wound up atop the seven-team West Division. The Portland Winterhawks, meanwhile, finished in sixth place, at 30-39-3.

The series opened in Spokane with games on March 22 and 23, and the Winterhawks skated to 3-2 (OT) and 7-4 victories. They won the opener on F Brad Isbister’s goal at 6:23 of OT, then got three goals and two assists from F Richard Zednik in Game 2.

Playing at home on March 26, Portland got two goals and two assists from Todd Robinson, with Zednik chipping in two goals and an assist, in a 6-4 victory. And just like that the Winterhawks led the series, 3-0.

But one night later the Chiefs got out to a 4-1 lead before the first period was 13 minutes old and went on to a 5-3 victory. F Darren Sinclair and F Jason Podollan each scored twice for the visitors.

Back in Spokane on March 29, G David Lemanowicz turned aside 34 shots as the Chiefs won, 5-0. Podollan had three goals and an assist, giving him six scores in the five games.

The series headed back to Portland for Game 6 and the Chiefs won, 4-3, to get back on equal footing. After Spokane F Joe Cardarelli tied it on a PP with his second goal of the game, and fourth of the series, at 19:29 of the third period, the teams went into double OT before deciding it. It ended when F Randy Favaro struck for his first goal at 3:50.

On April 3, the Chiefs, playing at home, wrapped up the series with a 4-3 victory. Again, the teams went to OT, with Sinclair winning it 58 seconds into extra time.

The Chiefs went on to eliminate the Kamloops Blazers in six games, then would lose the WHL championship final to the Brandon Wheat Kings in five games. Only one of Spokane’s last 11 playoff games needed OT.

in the Western Conference, while the Seattle Thunderbirds wound up 24-38-10 and in seventh place.

Their seven-game series would feature five games that needed extra time to decide a winner.

The first two games were played in Kelowna with the Thunderbirds winning twice in OT — 5-4 on a goal by F Luke Lockhart at 19:09 and 2-1 when F Alex Delnov scored at 2:41.

The series then headed for Kent, Wash., where Seattle won Game 3, 3-2, scoring the game’s last three goals and winning when D Evan Wardley counted at 4:55 of OT. That left the Thunderbirds with what appeared to be a commanding 3-0 lead.

The Rockets started the long road back on March 27, winning 4-0 in Kent, behind two goals and an assist from F Tyson Baillie, a goal and two assists from F Zach Franko, and 25 saves from G Jordan Cooke.

They played Game 5 three nights later in Kelowna, with the Rockets building a 4-1 lead and hanging on to win, 4-3, as Seattle counted twice in the game’s last minute.

The very next night the series ended in Kelowna as the Rockets completed their remarkable comeback with a 3-2 victory and, yes, it took overtime.

Wardley gave Seattle a 1-0 lead at 9:04 of the second period. The Rockets grabbed a 2-1 lead on two goals from Baillie — his fifth and sixth of the series — at 9:17 of the second period and 13:09 of the third. Lockhart’s fourth goal in seven games tied it at 19:53. That left it for Baillie to complete his hat trick at 5:10 of OT. Baillie finished the series with seven goals and five assists.

The Rockets moved onto the second round where they were swept by the Kamloops Blazers. The last two games of that series needed OT, meaning Kelowna went into extra time in seven of its 11 playoff games that spring.

There was one playoff game last night, and there are six on tap tonight. While the Edmonton Oil Kings completed a sweep of the host Lethbridge Hurricanes last night, four more teams — the Kelowna Rockets, Prince Albert Raiders, Saskatoon Blades and Spokane Chiefs — will face elimination on tonight’s six-game schedule. . . . Here’s a brief look at last night’s game . . .

In Lethbridge, F Josh Williams broke a 4-4 tie late in the third period and the

Edmonton Oil Kings went on to  a 6-4 victory over the Hurricanes. . . . The Oil Kings won the series, 4-0, and now await a second-round opponent. . . . F Justin Hall (1) pulled the Hurricanes into a 4-4 tie at 15:17 of the third period. Williams scored his first goal of the series just 40 seconds later. . . . F Jakub Demek (1) iced it with the empty-netter. . . . Edmonton held a 47-17 edge in shots. . . . F Dylan Guenther scored Edmonton’s first goal, giving him one in each of the four games. . . . The Hurricanes took all four of the game’s minor penalties and surrendered two PP goals. . . . The Hurricanes join Prince George on the outside looking in after the Cougars were swept by the Portland Winterhawks on Wednesday night.

JUNIOR JOTTINGS: The Vancouver Giants will be without D Tom Cadieux and F Matthew Edwards when they entertain the Everett Silvertips in Game 4 of their first-round series tonight in Langley, B.C. Each player drew a one-game suspension for indiscretions in Game 3. The Silvertips hold a 2-1 edge in the series. Game 5 is scheduled for Everett on Saturday. . . . Steve Ewen of Postmedia has an advancer for tonight’s game right here, including a few words about how things are heating up between the two head coaches. . . .

The AJHL’s Drayton Valley Thunder has named Sean Brown the interim general manager and head coach. He has been operating his hockey development business, Breakout Hockey, but joined the Thunder earlier as assistant GM/assistant coach. The Thunder announced Wednesday that Eric Thurston was out as GM/head coach after four seasons. . . .

Brad Elliott Schlossman of the Grand Forks, N.D., Herald tweets that “Scott Langer is out after one season” as head coach of the USHL’s Fargo Force. According to Schlossman, “The top candidate to replace him will be SCSU assistant Nick Oliver, a highly regarded young coach who played for the Force.” 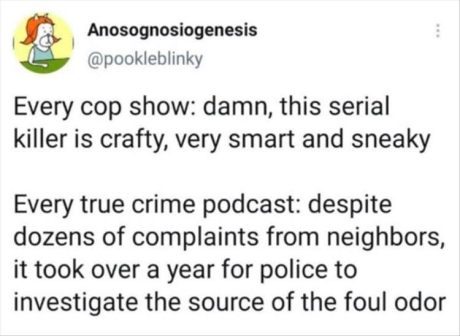