The 2023 World Junior Championship will be played in Halifax and Moncton. The bid from the Maritimes cities won out over other bids from Kitchener and London, Ottawa, Quebec City and Trois-Rivieres, and Regina and Saskatoon. . . . You may recall that the tournament had been awarded to Novosibirsk, Russia, but the IIHF cancelled that plan after the attack on Ukraine. . . . Halifax last played host to the tournament in 2003. . . . The 2023 tournament will run from Dec. 26, 2022, through Jan. 5, 2023. . . . The 2022 tournament, which got started in December in Edmonton and Red Deer before being postponed because of positive COVID-19 tests among players and on-ice officials, is to be held in Edmonton, Aug. 9-20.

As the Canadian Hockey League's hazing and abuse lawsuit progresses, a CHL lawyer wants some exhibits related to the case to remain secret because they are "sensitive and confidential."
CHL has until May 10 to decide whether to file a motion requesting a formal sealing order. pic.twitter.com/4YoNpgSG88

Sportsnet has a story right here on how professional teams are altering their travel arrangements in order to avoid mandatory testing for COVID-19.

Dan Shulman, who has been handling play-by-play of Toronto Blue Jays games

on TV and radio of late, informed fans via Twitter on Thursday that he’ll be away for a few days “because of a close contact with someone who tested positive.” The Blue Jays began a series in Cleveland against the Guardians on Thursday and Ben Wagner and analyst Pat Tabler had the call on TV and radio. . . . Yes, Sportsnet has turned to simulcasting. . . .

Meanwhile, Karl Ravech of ESPN, who is the play caller for the network’s Sunday night MLB game, has tested positive so won’t be doing this week’s game that has the Los Angeles Dodgers in Chicago against the Cubs. Boog Sciambi will be calling the play in his place, joining analysts Eduardo Perez and David Cone. 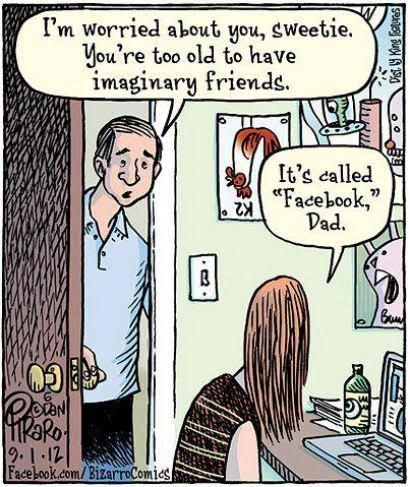 Edmonton Oil Kings opened their Eastern Conference semifinal with a 4-0 victory over the Red Deer Rebels. . . . The No. 4 Moose Jaw Warriors will start the other semifinal in Winnipeg against the No. 1 Ice tonight. . . . One Western Conference semifinal also is to begin tonight as the No. 8 Vancouver Giants visit the No. 2 Kamloops Blazers. . . . There are four games scheduled for Saturday, including Game 1 between the No. 3 Portland Winterhawks and No. 4 Seattle Thunderbirds in Kent, Wash. . . .

Joshua Critzer, who covers the Winterhawks for @pnwhockeytalk reported from Portland’s practice on Thursday that “Clay Hanus, Jaydon Dureau and Aidan Like, all of whom missed games in Round 1, are in regular jerseys. No one is in a non-contact sweater.” . . .

In Edmonton, G Sebastian Cossa earned the shutout and added an assist on the

game-winning goal as the No. 2 Oil Kings opened an Eastern Conference semifinal with a 4-0 victory over the No. 3 Red Deer Rebels. . . . The series will resume in Edmonton on Saturday night. . . . F Dylan Guenther (5) opened the scoring, on a PP, at 10:18 of the first period, with D Kaiden Guhle, the game’s first star, and Cossa drawing the assists. . . . D Simon Kubicek (1), Guhle (3) and F Dawson Seitz (2) added second-period goals. . . . Cossa finished with 18 saves as he recorded his first career playoff shutout to go with 14 in three regular seasons. . . . Red Deer starter Chase Coward was beaten four times on 27 shots. Connor Ungar came on for the third period and stopped all eight shots he faced. . . . Red Deer was blanked three times during the regular season, all of them at home. Cossa stopped 21 shots in a 4-0 victory in Red Deer on Feb. 11. . . . Red Deer F Liam Keeler didn’t return after absorbing a check from behind at 16:49 of the first period. Seitz was given a minor penalty on the play. . . . Troy Gillard, the Rebels’ play-by-play voice, called the game off a monitor at home after tweeting: “Omicron says it’s my turn to call a game from home.”

D Ronan Seeley of the Everett Silvertips has joined the Chicago Wolves, the AHL affiliate of the Carolina Hurricanes. Seeley, who will turn 20 on Aug. 2, was a seventh-round selection by Carolina in the NHL’s 2020 draft. He has played four seasons with the Silvertips. . . .

Jay Pandolfo is the new men’s hockey coach at Boston University. Pandolfo, who replaces Albie O’Connell, played four seasons with the Terriers before going on to a professional career that included 899 games and two Stanley Cups with the New Jersey Devils. . . . He worked as an assistant coach with the Boston Bruins for seven seasons (2014-21). In 2021-22, he was an associate coach at BU. . . . O’Connell went 58-49-16 in his four seasons with the Terriers. . . .

Curtis Brolund will return for a fourth season as head coach of the U-18 AAA Brandon Wheat Kings. The team’s executive made the announcement on Thursday. The Wheat Kings went 33-4-3 this season.