It you are a junior hockey fan, TSN is the place to be this week. All three major

junior leagues are into their best-of-seven final series and all games now are being televised by TSN. . . . On Tuesday night, the Edmonton Oil Kings skated past the Seattle Thunderbirds, 4-0, in Kent, Wash. Edmonton leads that series, 2-1, with Game 4 in Kent tonight (Wednesday) and, yes, it’ll be on TSN with Victor Findlay calling the play and Kevin Sawyer providing analysis. . . .

In the QMJHL, the Charlottetown Islanders and Shawinigan Cataractes are scheduled to resume hostilities tonight (Wednesday). Shawinigan won twice in Charlottetown — 5-1 and 4-3 in OT — so takes a 2-0 lead into Game 3 on home ice and on TSN. . . . This will be the first game in a doubleheader on TSN tonight — the QMJHL game starts at 7 p.m. PT (4 p.m. ET), with the WHL game to follow. . . . Game 4 in the QMJHL final is to be played in Shawinigan on Thursday night. . . . Adam Dunfee is doing the play-by-play and Marc Methot is the analyst. . . .

Alex Christopoulos recorded 13 goals in 47 games after being acquired by Windsor and has now struck for double-digits in these playoffs (3 multigoal games, 3 solo goal games). Wyatt Johnston has now combined for 161 points, 2nd most in a season for the Spitfires (EP). https://t.co/Z11M9MR1Ka

In the OHL, the host Windsor Spitfires dumped the Hamilton Bulldogs, 6-3, on Monday night to take a 2-1 lead in that championship series. F Alex Christopoulos and F Wyatt Johnston had two goals each for the winners. With the arena in Windsor tied up with graduations, they won’t get to Game 4 until Friday night. . . . Jon Abbott is calling the play for TSN in this series, with Craig Button beside him.

TUESDAY IN THE WHL:

Half of the offence comes from the defence as Simon Kubicek greets his old stomping grounds with a goal, joined in the column by Kaiden Guhle. Oil Kings defenders have been responsible for 26.9% of goals, 30.1% of points this postseason and scored 4 of 10 in Championship Series. https://t.co/99u4BqtP8c

In Kent, Wash., D Simon Kubicek, who began his WHL career with Seattle, had a 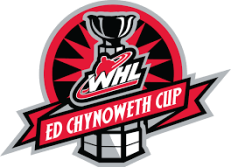 goal and an assist and G Sebastian Cossa stopped 21 shots as the Edmonton Oil Kings skated to a 4-0 victory over the Thunderbirds. . . . The Oil Kings lead the series, 2-1, with Game 4 in Kent tonight. The teams then will return to Edmonton for the remainder of the series, starting with Game 5 on Saturday. . . . In these playoffs, Cossa now is 14-2, 1.98, .911 with four shutouts. He wasn’t challenged a whole lot in this one as the Oil Kings played a near-perfect defensive game, rarely allowing the Thunderbirds free travel through the neutral zone. . . . After the third goal-less first period in as many games, the Oil Kings had a glorious opportunity to open the scoring while shorthanded in the second period when F Jake Neighbours and F Jalen Luypen broke in alone on Seattle G Thomas Milic. The two skaters played give-and-go and it ended with Milic making a tremendous pad save on Neighbours at 15:28. . . . F Jakub Demek (4) gave the Oil Kings a 1-0 lead at 17:02 of the second period, just 12 seconds after Edmonton had killed off a penalty. Demek, starting in his zone, broke down the right wing and got around a Seattle defender to beat Milic with a backhand-to-forehand. . . .

just seven seconds into a PP from a play that developed after Edmonton won a faceoff in Seattle’s zone. . . . Kubicek, 20, is from Czech Republic. He played in 113 regular-season games with Seattle before being dealt to Edmonton for Belarusian F Vladimir Alistrov on Jan. 25, 2021. Kubicek didn’t play for Edmonton in the 2021 development season, while Alistrov, then 19, never did play for the Thunderbirds. . . . This season, Kubicek had 41 points, 14 of them goals, in 68 regular-season games with Edmonton. He also led the WHL in penalty minutes, with 133, but keep in mind the WHL doesn’t include misconducts, game misconducts, etc., in individual penalty totals. . . . The Oil Kings went ahead 3-0 when D Kaiden Guhle (7) scored from the high slot at 11:47 of the third period. . . . F Carter Souch (12) provided the empty-netter for Edmonton at 19:19. He’s got goals in five straight games now. . . . The Oil Kings were 1-for-4 on the PP; the Thunderbirds were 0-for-3. . . . Milic finished with 33 saves. . . .

Edmonton F Dylan Guenther, who had 91 points, including 45 goals, in 59 regular-season games, didn’t finish the game. He has 21 points, 13 of them goals, in 16 playoff games. . . . The Thunderbirds scratched F Henrik Rybinski for a second straight game after he absorbed a check from Guhle in Game 1. He missed three of the seven games against the Kamloops Blazers in the Western Conference final and sat out Game 2 against Edmonton on Sunday. Rybinski has 18 points, 14 of them assists, in 17 playoff games after putting up 65 points, including 44 assists, in 47 regular-season games.

The BCHL held its AGM May 26 and 27 in Salmon Arm and the league's Governors discussed and approved several initiatives. We highlight some of these items in Part 1 of our AGM recap.https://t.co/fLR0Nb2DeD pic.twitter.com/cyUyKtuFSn

The BCHL held its AGM May 26 and 27 in Salmon Arm and the league's Governors discussed and approved several initiatives. We highlight a number of these items in Part 2 of 2 of our AGM recap.https://t.co/8o0Z1P6QrF pic.twitter.com/51v7NfwAuH

JUNIOR JOTTINGS: Jason Clarke, already the head coach, has added the general manager’s duties to his role with the QMJHL’s Acadie-Bathurst Titan. He signed a two-year deal. Before jumped into the QMJHL after being the owner, general manager and head coach of the junior A Carleton Place Canadiens of the Central Canada Hockey League. He was an assistant coach with the QMJHL’s Shawinigan Cataractes when the 2021-22 season began, but signed on as head coach of the Titan in late November. . . . With the Titan, he replaces Sylvain Couturier, who resigned on May 27. . . .

Who says you can’t go home again? Former NHLer Eric Fehr has signed on with the MJHL’s Winkler Flyers, his hometown team, as director of player development. In a 17-year pro career, Fehr, a former Brandon Wheat Kings star (2001-05), was on teams that won the Calder Cup, Spengler Cup and Stanley Cup. . . . In 2021-22, Fehr, 36, played five regular-season and two playoff games with Ak Bars Kazan in the KHL.

Before you start complaining about the many viewings we are being treated to of Justin Bieber in that Tim Hortons commercial . . . just be thankful that he isn’t offering gambling advice.

We are saddened by the passing of former forward Eric Nesterenko at the age of 88.

Nesterenko was a key member of the 1961 Stanley Cup championship team and played 16 years with the Blackhawks. We extend our condolences to his entire family ❤️ pic.twitter.com/XSHE3EhVut 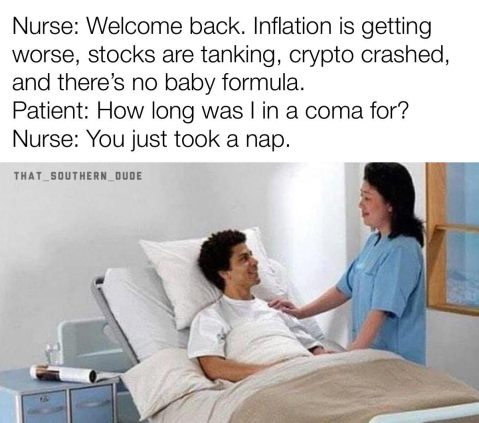 My Tweets
Join 4,632 other subscribers