The big man is back on campus at the U of New Brunswick. Yes, he is!

Hey, Gardiner MacDougall, how did you spend your summer vacation?

Well, let’s see, I went on over to Saint John for a couple of weeks and helped the Sea Dogs win the Memorial Cup.

After the interim chair of Hockey Canada’s board of directors gave the stamp of approval to the embattled organization’s leadership, Ken Campbell of Hockey

Unfiltered tried to answer the question: “Why?” . . . Here’s what he wrote: “Because it’s a hockey thing and it involves hockey people, a group that, generally speaking, loves to wear its status as an outlier like a badge of honour. It’s such an insular, tribal group and it believes the problems that plague the game can only be solved by people who are deeply involved in it, people who are well-versed in the supposed complex and unique nuances involved in a game where players chase a black disc around the ice. Even if those are the same people who cause the problems in the first place.”

And, ICYMI, Prime Minister Justin Trudeau on Wednesday said that it’s “fairly clear that both the government and Canadians in general have lost confidence in the leadership at Hockey Canada.”

Sheldon Kennedy, who knows a thing or two about what’s going on here, told The Canadian Press: “For the betterment of the game and kids, the leadership group at Hockey Canada must resign as they have lost the trust of Canadians in their ability to lead. That is crystal clear.

They likely have some championship rings stuck in their ears. 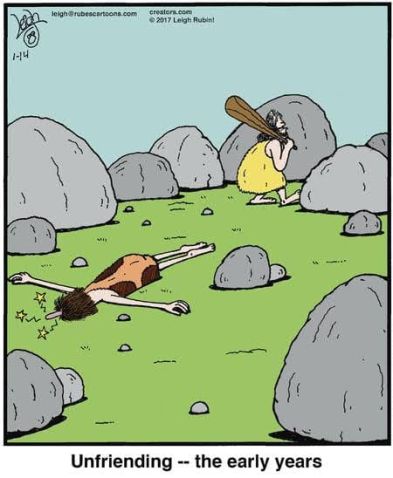 The Blades, who dealt their leading scorer from last season, Kyle Crnkovic, 20, to the Seattle Thunderbirds for F Conner Roulette on Tuesday, are looking for some physical play from the 6-foot-2, 205-pound Lies. “Justin is the exact type of player we’ve been coveting over the last year to help add size, ability and tenacity to our forward group,” Colin Priestner, the Blades’ president and GM, said in a news release. . . .

Gronick, from Regina, was picked by the Prince George Cougars in the second round of the 2019 bantam draft. He was dealt to the Blades on Dec. 29 in a three-team deal that also involved the Medicine Hat Tigers. Saskatoon gave up a third-round pick in the 2023 WHL draft and a 2015 seventh-rounder in that exchange. . . . In 38 games over two seasons with the Cougars, Gronick had eight goals and 12 assists. In 37 games with the Blades last season, he had four goals and 10 assists. 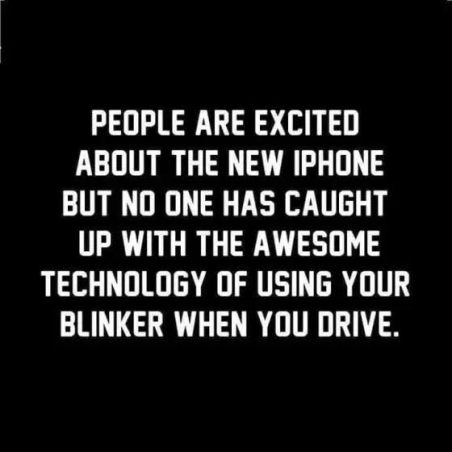 Jack Finarelli, aka The Sports Curmudgeon, has a question: “When we are all driving electric cars will be still call that thing on the car floor the ‘gas pedal?’ ”

Here’s the curmudgeonly on at his curmudgeonly best: “Am I the only one who is fed up to my earbrows with irrelevant ‘advanced stats’ from baseball broadcasts and telecasts? This has really gotten a bit out of hand. I do not care even a little bit about the velocity of the ball as it comes off the bat, nor do I care about the launch angle of a batted ball. I have a passing interest in the length of a home run that made it to the seats, but the exit velocity of a single to right field is stats for the sake of stats. Here is what I want to know from broadcasters/telecasters about batted balls: Was it fair or foul? Was it a hit or an out? That’s it; that’s the list!” . . .

I can only disagree with one part of that rant. It hasn’t “gotten a bit out of hand.” It is completely out of hand. I am so tired of hearing broadcasters refer to “exit velo” that I want to scream.

I miss the days when we didn’t know what our baseball cards were worth … pic.twitter.com/n0FPjxEnzm

“A B.C. judge has frozen the assets of a former Vancouver Canucks draft pick who is being sued over allegations he defrauded a realtor of more than $2.8 million,” Keith Fraser of Postmedia wrote earlier this week. “Harpreet Singh Khela, the realtor, claims that Prab Rai, a fifth-round pick in the 2008 NHL draft, held himself out to be a successful and wealthy business person, purporting to have important connections with prominent local and international business people and retired hockey players.” . . . In freezing Rai’s assets, B.C. Supreme Court Justice Shelley Fitzpatrick “noted that the only substantive assets of Rai are two Lamborghini luxury vehicles with a combined value of about $1.2 million.” . . . Rai, now 32, played five seasons (2005-10) in the WHL, getting into 62 games over one-plus seasons with the Prince George Cougars and then playing 238 with the Seattle Thunderbirds, who acquired him during 2006-07. The Cougars selected him in the seventh round of the 2004 bantam draft. In 300 regular-season games, he totalled 98 goals and 130 assists. . . . Fraser’s story is right here. 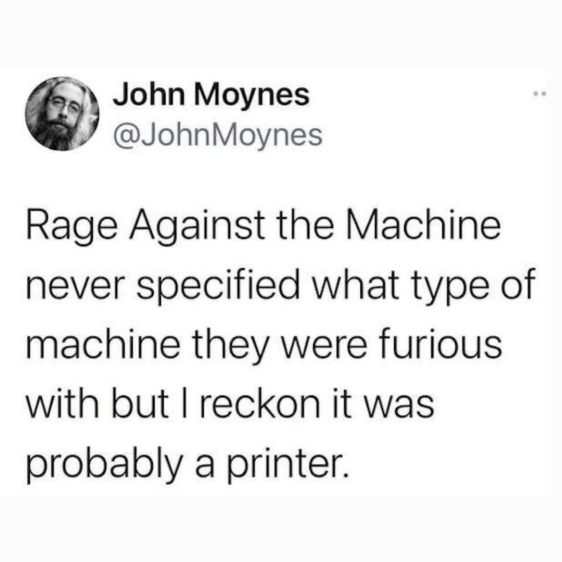 The Seattle Thunderbirds have added Carter Cochrane to their organization as an assistant coach. . . . Cochrane, 25, is from Kamloops. He spent the past three seasons with the BCHL’s Salmon Arm Silverbacks, the last two as an assistant coach, the first one as skills coach. . . . As a defenceman, he played 43 games in the WHL — 33 with the Everett Silvertips (2013-15), nine with the Tri-City Americans (2014-15) and one with the Vancouver Giants (2015-16). . . . With the Thunderbirds, Cochrane fills the vacancy created when Kyle Hagel left in July after being in Seattle for five years. He now is an assistant coach with the AHL’s San Jose Barracuda. 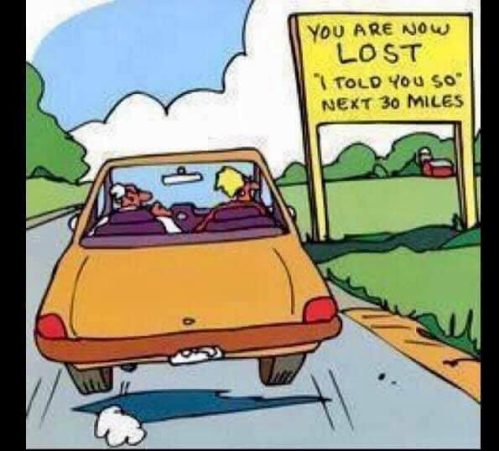 The Kamloops Blazers have added Morris Boyer to their organization as athletic therapist. He was the head athletic therapist with the Calgary Flames from 1998-2015, and also has extensive experience with Hockey Canada teams. In Kamloops, he will be working with Colin Robinson, who is into his 27th WHL season, 18 of those with the Blazers. . . .

The OHL’s Niagara IceDogs have traded D Sam Dickinson to the London Knights for seven — yes, SEVEN — draft picks. The IceDogs picked up second-rounders in 2024, 2025 and 2026, third-rounders in 2023, 2025 and 2026, and a fifth-round pick in 2023 in the exchange. . . . Dickinson, from Toronto, was selected by the IceDogs with the fourth overall pick in the OHL’s 2022 draft. He was the first defenceman taken in the draft. . . . From Ryan Pyette of Postmedia: “The 16-year-old was listed on the IceDogs’ training-camp roster this week, but, as has been rumoured for months, does not want to play for the club and did not report. That made him a defected player and eligible to be moved to the highest bidder.” . . .

Annie Fowler, who spent 16 seasons covering the Tri-City Americans for the Tri-City Herald, has joined the WHL team’s staff. She will supply feature stories to the team’s website — amshockey.com. . . . From a news release: “Fowler’s articles will be a part of the Americans News Center . . . They will be published on amshockey.com and distributed in print form at Americans home games.” . . . The Americans’ announcement on Wednesday came on the fourth anniversary of her final day at the Herald. She was laid off, caught up in cutbacks, after having worked at the newspaper for 18.5 years. 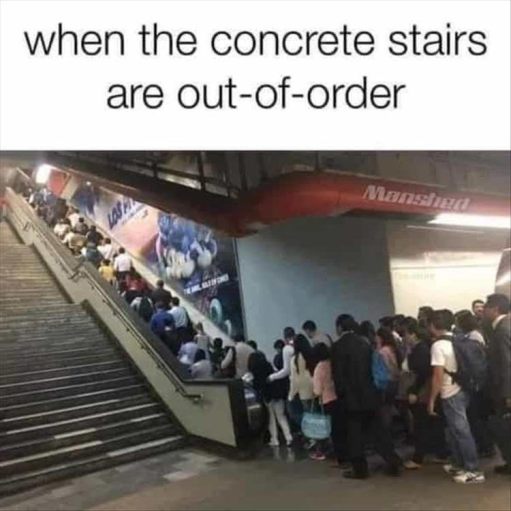 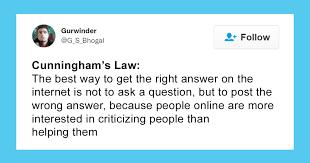 My Tweets
Join 4,646 other followers