The WHL’s trade deadline arrives on Tuesday. Here are the trade numbers since Oct. 25:

Why did I start with Oct. 25? Because that was the day that the Seattle Thunderbirds acquired D Luke Prokop from the Edmonton Oil Kings, signalling to me that the countdown to deadline day had started.

Less than 48 hours after celebrating Team Canada’s gold medal-winning effort at the World Junior Championship in Halifax, F Colton Dach, the captain of the

Kelowna Rockets, was traded to the Seattle Thunderbirds on Saturday morning. . . . Dach, who suffered an injury to his right shoulder in a game against Sweden on Dec. 31, won’t play for Seattle for perhaps eight weeks. The good news is that it doesn’t appear that he will need surgery to repair the damage. . . . The Rockets also gave up a fifth-round selection in the WHL’s 2024 draft, while getting back F Ty Hurley, D Ethan Mittelsteadt, a first-rounder in 2024 — it originated with the Regina Pats — two conditional picks, a second-rounder in 2025 and a fourth-rounder in 2023. The latter originally belonged to the Everett Silvertips. . . .

Dach, who turned 20 on Wednesday, is from Fort Saskatchewan, Alta. The

Saskatoon Blades selected him in the first round, sixth overall, of the WHL’s 2018 draft. He had 22 goals and 27 assists in 82 games over two seasons with the Blades. . . . The Rockets acquired him from the Blades on Sept. 28, 2021, in exchange for F Trevor Wong. Last season, Dach put up 29 goals and 50 assists in 61 games with Kelowna. This season, he had nine goals and eight assists in 14 games. . . . He missed time early in the season because of two concussions, one incurred in training camp with the NHL’s Chicago Blackhawks. Chicago picked him in the second round of the 2021 NHL draft. These days, the Blackhawks’ medical staff will be keeping close tabs on Dach and his shoulder. . . .

Hurley, an 18-year-old from Sherwood Park, Alta., now has been traded twice this season. The Thunderbirds had acquired him from the Swift Current Broncos, who picked him in the fourth round of the WHL’s 2019 draft. He had one assist in 16 games with the Broncos, and recorded one assist in 15 games with Seattle. . . . Last season, he had a goal and two assists in 31 games with Swift Current. . . .

Mittelsteadt, who turned 17 on Dec. 18, is from Victoria. Seattle selected him in the fifth round of the WHL’s 2020 draft. He had two goals in 16 games with the Thunderbirds last season; this season, he had a goal and an assist in 24 games. . . .

Hurley and Mittelsteadt both played for Kelowna on Saturday night as the Rockets dropped a 5-1 decision to the host Kamloops Blazers, who had Team Canada forwards Caedan Bankier and Logan Stankoven back in their lineup. . . .

When Dach finally gets into the Thunderbirds’ lineup, he will join four teammates from Team Canada — D Nolan Allan, D Kevin Korchinski, Thomas Milic and F Reid Schaefer. (By coincidence, the Blackhawks also hold the NHL rights to Allan and Korchinski.) Earlier in the season, the Thunderbirds acquired Allan from the Prince Albert Raiders. They also added Luke Prokop, a high-end defenceman, in a deal with the Edmonton Oil Kings. . . .

The Thunderbirds (28-5-2) lead the U.S Division, the Western Conference and the overall standings. They presently are on a six-game East Division trip that opened with a 6-0 victory over the Regina Pats on Friday and continued Saturday with a 6-2 loss to the Moose Jaw Warriors. The Thunderbirds will face the Brandon Wheat Kings on Tuesday and then be in Winnipeg on Wednesday to meet the Ice (28-5-0) in a game that some observers see as a likely preview of the WHL’s championship final.

In another Saturday swap, the Winnipeg Ice acquired F Easton Armstrong, who is to turn 20 on Jan. 24, from the Regina Pats for D Omen Harmacy, 17. . . . Armstrong, 19, has 13 goals and nine assists in 39 games this season, his third with the Pats. From Los Angeles, he was a 10th-round pick by the Pats in the WHL’s 2018 draft. He has 20 goals and 14 assists in 121 regular-season WHL games. . . . Harmacy, from Winnipeg, was an eighth-round pick by the Ice in the 2020 draft. A sophomore, he has three assists in 30 games after recording six assists in 32 games last season.

The junior B Kootenay International Junior Hockey League announced on Friday that Adam DiBella, the head coach of the Nelson Leafs, has been

suspended for the remainder of the 2022-23 regular season and the playoffs. . . . The suspension amounts to the regular-season’s final 15 games and whatever playoff games the Leafs end up playing. . . . The move followed a New Year’s Eve line brawl between the host Leafs and Beaver Valley Nitehawks. . . . Earlier in the week, the KIJHL issued 35 games in suspension to Nelson players and eight to the Nitehawks. . . . Later Friday, the Leafs, who won’t appeal any of the disciplinary decisions, announced that they had accepted DiBella’s resignation. . . . “Our investigation determined that the incident in Saturday’s game was instigated by the Leafs at Mr. DiBella’s direction,” Jeff Dubois, the KIJHL commissioner, said in a news release. “The KIJHL has zero tolerance for these types of actions by any team staff member, and the severity of Mr. DiBella’s suspension reflects the seriousness that we place on leadership and player safety.” . . . Should DiBella want to coach in the KIJHL in the future, he will have to apply to the

commissioner for reinstatement. . . . The KIJHL also ruled that DiBella won’t be allowed in “any KIJHL facility for a period beginning one hour before and ending one hour after any Nelson Leafs game. He may not travel on the team bus and he may not be present on the ice, players’ bench, dressing room or office immediately before, during or after team practices. He is not to conduct any official business as a representative of the Nelson Leafs, such as player meetings, trade negotiations and athlete recruitment.” . . . As well, the Leafs were fined $5,000 “and instructed to take proactive steps to ensure all team staff are sufficiently trained and educated in the standards of conduct required under KIJHL regulations. A written report outlining steps taken by the organization in these areas must be submitted to the Commissioner no later than June 1, 2023.” . . .

In announcing DiBella’s resignation, the Leafs also issued an apology to the “Beaver Valley Nitehawks, all Nelson Leafs fans, hockey fans in general and all member clubs of the KIJHL. . . . As a proud member of the KIJHL, the Nelson Leafs failed to abide by league principles to encourage participation in hockey in a manner so as to foster clean play and good sportsmanship. As an organization the Nelson Leafs intend to ensure that our club is seen as a healthy, competitive and respectable recreational activity for our players and fans and as a club that promotes hockey, education and life skills.” . . .

The Leafs (17-9-5) opened a three-game road swing Friday night in Chase with a 4-3 victory over the Heat, then were beaten, 3-2, by the 100 Mile House Wranglers on Saturday night. The Leafs will finish the trip against the Kamloops Storm on Sunday. General manager Lance Morey and assistant coach Tyson Soobotin are running things while the board of directors makes “a decision concerning the head-coaching position in the days to come.” 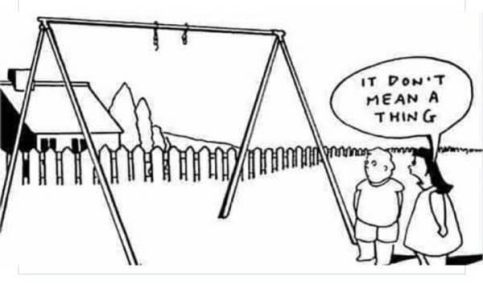 Here is Ken Campbell at Hockey Unfiltered on Friday:

“The Regina Pats have been very clear to this point that they have no intention of trading World Junior hero and future NHL superstar Connor Bedard, despite the fact that they currently sit in seventh place in the Eastern Conference of the Western Hockey League and are likely first-round fodder. In fact, they’re not even a lock at this point to make the playoffs.

“This comes despite the fact that the Seattle Thunderbirds . . . are apparently prepared to offer an enormous package of players and picks to the Pats in exchange for Bedard. ‘I don’t know how you don’t do it,’ one scout said. ‘Regina could get 10 assets for this guy. And if Seattle were to get Bedard, you might as well just give them the Memorial Cup right now.’ ”

Meanwhile, there have been reports that the NHL’s Winnipeg Jets will assign F Brad Lambert, who turned 19 on Dec. 19, to Seattle. Lambert is fresh off playing for Finland at the World Junior Championship; he had one goal in five games. . . . The 30th overall selection in the NHL’s 2022 draft, Lambert has two goals and one assist in 14 games with the AHL’s Manitoba Moose. The Thunderbirds acquired his WHL rights from the Saskatoon Blades on June 30, giving up two conditional draft picks — fourth- and sixth-rounders in 2023 — in the exchange.

hasn’t played for the Red Deer Rebels since Oct. 22 due to an undisclosed injury. Brent Sutter, the Rebels’ owner and general manager, told Greg Meachem of reddeerrebels.com this week that King might return in two weeks. “We’re getting a hell of a player back in a couple of weeks who’s been out of our lineup for a long time,” Sutter said. “We’re looking forward to that.” . . . Sutter admitted that knowing King is close to returning will impact his thinking at Tuesday’s trade deadline. “If something comes up we’ll look at it, but we like our team the way it is,” Sutter said. . . . King, who started this season in camp with the NHL’s Anaheim Ducks, had five goals and five assists in five games when he was injured. 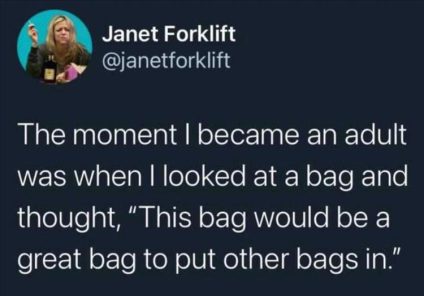 THINKING OUT LOUD: It always amazes me that major junior teams are in such a rush to get their World Junior Championship players back into the lineup. Why not send them home for a few days, if possible, allowing them to get some rest — mentally and physically — and getting them as far away from the coaches as possible? . . . Just because I know you’re wondering, it looks like pitchers and catchers will report on Feb. 14 and spring training games are to start on Feb. 24. . . . The U of Calgary Dinos men’s hockey team ran its winning streak to 15 on Saturday with a 4-1 victory over the host MacEwan Griffins. The Dinos, who put it away with two empty-net goals, now are 17-3-0. . . . Nothing ruins a day like having the power go out just as the lasagna is going in the oven. So guess what’s on the menu for Sunday evening? . . . QB Nathan Rourke of the CFL’s B.C. Lions is able to sign an NFL deal starting Monday, but he still has more team visits on his schedule. Unfortunately for CFL fans, I have to think NFL money will be awfully hard for him to leave on the table.

Becky Sullivan of npr.org reports that the faculty of Lake Superior State University has issued its “annual list of words that is says deserve to be ‘banished’ from our vocabularies over ‘misuse, overuse, and uselessness.’ ” . . . And it’s hard to argue with any of them, from GOAT to ‘it is what it is.’ ” . . . Irregardless of all that, and moving forward, Sullivan’s story is absolutely right here.

Headline at The Beaverton (@TheBeaverton) — Single-use plastic bags to be replaced by reusable bags you will use a single time.

The SJHL’s Battlefords North Stars won their 31st game of the season on Saturday, beating the host Kindersley Klippers, 5-1. Why is that worth noting? Because the North Stars have yet to lose in regulation time this season. They now are 31-0-3. . . . Battlefords had beaten visiting Kindersley, 5-1, on Friday. . . . The North Stars next are scheduled to play on Thursday against the Notre Dame Hounds in Wilcox, Sask. . . .

The NAHL has approved a franchise for Greeley, Colo. The Colorado Grit will begin play in the Greeley Ice Haus in time for the 2023-24 season. The Grit will play out of the South Division. One of the team’s three owners is former NHLer David Clarkson. . . . There’s more right here.