"This is a special win, we've gone through a lot as a group over the past several weeks." – Travis Green. #Canucks pic.twitter.com/2B2E2oULu5 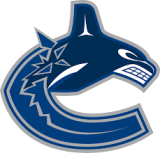 their 3-2 OT victory over the visiting Toronto Maple Leafs on Sunday night. . . . But based on that one game Travis Green should be the favourite for the Jack Adams Award as the NHL’s coach of the year. . . . Oh, and maybe the Canucks’ ownership might see fit to sign him to a contact before he chooses free agency after this season. . . . If you aren’t aware, Green was one of the 20-plus folks in the Canucks organization who tested positive for COVID-19 — and that doesn’t include numerous family members. Green also was quite ill. . . . If you are wondering what he went through, Iain MacIntyre of Sportsnet has that story right here.

Full marks to Canucks G Braden Holtby for his performance on Sunday. He was solid all night, but it was his early play that allowed the Canucks to get their legs underneath them and gave them time to come to the realization that, yes, they could still play this game at a high level. . . . Kudos, too, to D Tyler Myers. His season to date has been so-so, but he was a minute-eater in this one, especially after D Alex Edler was tossed with a kneeing major. Myers also made a terrific play to get F Bo Horvat started towards the play that resulted in the game-winner. . . . It’s the Canucks and Maple Leafs from Vancouver again on Tuesday night. It should be just as interesting as was Sunday’s game. . . . Vancouver assistant coach Newell Brown was missing on Sunday because of COVID-19.

Bless you, Canucks. You should get a playoff spot for that one.
The Canadiens should give you theirs. They don't act like they want it anyway.

Perhaps the two most honest men of their generation. pic.twitter.com/aDHv0z4V8r

Old friend Dwight Perry of the Seattle Times dug up this nugget — “Stumpycricket blogger Jack Mendel, to News.com.au, on cricket officials wanting to change the term ‘wickets’ to ‘outs’ to attract new fans: ‘Utterly, utterly nonsensical semantic bollocks . . . It almost feels like they are trying to de-cricket cricket.’ ”

It could be said that’s what MLB is trying to do by allowing each team to start extra innings with a runner on second base — trying to de-baseball baseball.

A statue of the late Fred Sasakamoose, the first hockey player with treaty status to play in the NHL, is being commissioned and is likely to be placed near the entrance to Saskatoon’s SaskTel Centre. . . . COVID-19 claimed Sasakamoose in hospital on Nov. 24. . . . His story — Call Me Indian: From the Trauma of Residential School to Becoming the NHL’s First Treaty Indigenous Player — is to be released to book stores on May 18.

Fraser Downs, a harness racing track in Cloverdale, B.C., closed its door after Friday night’s races. According to Harness Racing BC, it simply couldn’t make ends meet without receiving money from the casino that it isn’t allowed to operate in these pandemic times. The closure put 135 people out of work.

Handy tip: The microchip they secretly implanted in your arm during your "vaccination" can be de-activated by a quick blast from a Jewish space ray.

Scott Ostler of the San Francisco Chronicle attended an Oakland A’s home game the other night. Afterwards, he wrote: At the A’s ballpark, I interviewed one of those cardboard fans, the only one that was not smiling. Said the fan, “I wasn’t cut out for this.”

The Minnesota Twins had Saturday and Sunday games against the host Los Angeles Angels postponed because of positive tests, and now their Monday series-opener in Oakland against the A’s also has been postponed. The reason? MLB says it’s “to allow for continued testing and contact tracing involving members of the Twins organization.” The Twins have had at least three players and one staffer test positive.

A quick note from Janice Hough, aka the Left Coast Sports Babe: “Minnesota Twins’ shortstop Andrelton Simmons declined a COVID-19 vaccine last week, and Wednesday tested positive. Another reminder there is no correlation between athletic ability and intelligence.”

My promise every spring: One day the Montreal Expos will rise from the ashes and I pledge that I’ll be there for the home opener. pic.twitter.com/ThqmPFxVZq

Seattle University informed students this week that it now has a requirement that “all SU students —undergraduate, graduate and professional — be fully vaccinated for COVID-19 and report it to the university prior to arriving on campus in the fall. Additional details will be provided in the coming weeks, but students will be required to register their vaccination status once completed.”

The pitching mound in the six-team independent Atlantic League will be moved back one foot, to 61 feet, six inches, for the second half of the season. It’s an experiment being conducted at the behest of MLB, which badly wants to see fewer strikeouts and more balls in play.

“I’m really not sure what to think about it. Nobody does — you can’t know until you try it. This could have a big effect on breaking pitches, which are the hardest to command. Just in general, though, the players’ union could prevent all this with a widespread emphasis on situational hitting — using the whole field, a style that worked so well for years and really keeps the fans interested. Now we have to change the rules because players can’t make the adjustment? To me, that’s insulting.”

The complete column is right here.

If MLB really wanted fewer strikeouts and more balls in play, it could start by putting the New York Yankees’ season on hold. If you haven’t noticed, the Yankees can’t hit and can’t catch the ball. Manager Aaron Boone is lucky that George Steinbrenner no longer is with us, because he would have brought back Billy Martin by now. Yes, I know that Martin no longer is with us. The Boss still would have made the change.

D Bill Mikkelson of the 1974-75 Washington Capitals finished at minus-82, the worst plus-minus in NHL history, on a team that wound up 8-67-5. As he told TSN: “We had a good team. We were just in the wrong league.”

The QMJHL’s regular season is over, with playoffs of some sort set to begin on

Tuesday. . . . The 18 teams in the league played between 27 and 43 games. . . . The Acadie-Bathurst Titan, Moncton Wildcats and Saint John Sea Dogs, the league’s three New Brunswick-based teams, open a nine-game round-robin tournament on Tuesday. There aren’t any playoffs for the other Maritimes teams because of travel restrictions. . . . The round-robin is scheduled to end on May 2, with the winner meeting the Charlottetown Islanders in the Maritimes Division final. The Islanders finished with the QMJHL’s best record (35-5-0). . . . The Maritimes winner and three Quebec-based teams that emerge from their series will meet in a bubble event to decide the championship. 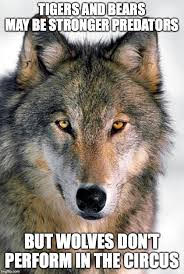