You know what I wish? I wish people would quit talking about wanting things to get back to “normal.”

I mean, what is “normal?” If you are remembering how things were two years ago, forget about it. Well, maybe don’t forget about it, but file those days in your memory bank, preferably in a chamber way in the back.

You may remember the good old days when someone would dial 911 if you walked into a store wearing a mask. When you didn’t use hand sanitizer at least a dozen times a day. When you didn’t have to wear a mask to a hockey game and there weren’t capacity limits on any of the arenas. When vaccination status didn’t matter when you invited friends over for dinner. When some areas of our hospitals weren’t bursting at the seams and when our healthcare workers weren’t burning out quicker than cheap candles.

You may remember them, but those days are gone. They’re not coming back, either, no matter how much you want to see them again.

In a year or two, when enough people have been fully vaccinated, including booster shots, and COVID-19 has been beaten down, perhaps society will be able to develop a new “normal.”

But we are a long way from there these days.

For now, the only Normal in our world is a town in Illinois.

Here in B.C., we have no idea what our normal will look like. We’re almost two years into the pandemic. We’ve had wildfires and all the smoke that came with them. We’ve had the landslides and the flooding.

About all that’s left is the locusts and I hear they’re gathering over the Pacific with a spring invasion in mind.

HELPIN’ OUT THE PACK: I have a dear friend who is a huge fan of the Green Bay Packers. A news release arrived in my inbox on Friday, and I could hardly wait

to forward it to him. . . . “Green Bay Packers fans in Canada now have the opportunity to purchase shares in the iconic franchise, the organization announced today,” the release reads. “Approximately 174,000 shares remain available for purchase. The team has clarified Canadian regulatory requirements and now is able to proceed with sales in Canada. The offering will continue until Feb. 25, 2022, subject to extension, or until fully subscribed. . . . The cost of a share in Canada is US$300, with a handling fee for each transaction.” . . . You are limited to purchasing a maximum of 200 shares and remember that they don’t appreciate in value. . . . So, for a mere Cdn$379.25 — that was the exchange rate on Friday — you are able to help the Packers pay Aaron Rodgers’ salary. . . . My friend? I would expect him to give himself a Merry Christmas with a share or five. 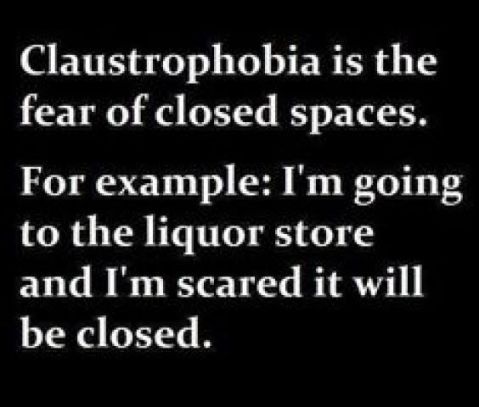 TWO NEW IMPORTS: A pair of WHL franchises added import players late in the week. . . . The Regina Pats claimed Slovakian F Alex Geci, 18, off waivers from the OHL’s Sarnia Sting, which had selected him in the 2020 CHL import draft. He had one goal and two assists in nine games with the Sting this season. . . . Meanwhile, Russian F Alexei Shanaurin, 17, has arrived in Swift Current and is skating with the Broncos. They selected him in the 2021 import draft. . . . Neither Geci nor Shanaurin played on Saturday night. . . . Alan Caldwell, who tracks these things, informs that 21 of the WHL’s 22 teams now have their limit of two imports. The exception? The Red Deer Rebels.

Vikings take the battle of the nut-bar QBs.

CHANGES, CHANGES: The CFL’s West Division semifinal will feature the Calgary Stampeders and the Saskatchewan Roughriders in Regina on Sunday.

The West final is to be played in Winnipeg on Dec. 5. . . . Between those dates, pandemic-related rules regarding flying will change in Canada, with travellers needing to be fully vaccinated after Nov. 30; negative test results no longer will be enough. . . . Dave Dickenson, the Stampeders’ head coach, admitted on Saturday that should the Stampeders advance they will have a different look in Winnipeg than they will in Regina. In other words, there are a few unvaccinated players in the Calgary locker room. . . . Meanwhile, the Roughriders moved third-string QB Paxton Lynch to the practice squad late last week because he is unvaccinated so is unable to fly. According to Murray McCormick of the Regina Leader-Post, Saskatchewan head coach Craig Dickenson said that Lynch is the lone unvaccinated player on the team’s roster. . . . “We’ve encouraged guys to get vaccinated and given them motives and incentives, which are mainly about the ability to play and travel,” Craig Dickenson said. “If they chose not to, that is their choice. We do the best we can. If someone doesn’t want to get vaccinated, we aren’t going to force them.” . . . With Lynch out of the picture, QB Mason Fine came off the Saskatchewan practice roster and is behind starter Cody Fajardo and Isaac Harker on the depth chart. 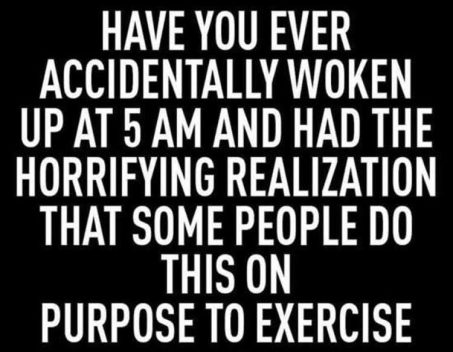 More from Perry: “Paris Saint-Germain midfielder Aminata Diallo has been arrested for allegedly setting up an attack on a soccer teammate. Jacques Gillooly immediately proclaimed his innocence.”

Perry also had this one: “According to NFL memes, NFL teams with cat names and those with bird names are tied at 209-209-10 all time. The Jaguars and Falcons will break the tie Nov. 28 — we hope.”

STORM WARNING: The junior B Kamloops Storm of the Kootenay International Junior Hockey League were back on home ice Sunday night, beating the North Okanagan Knights, 4-1. The Storm had one game postponed — it was to have entertained the Chase Heat on Nov. 17 — because its home arena is being used as an evacuation centre for Merritt residents who have had to flee a massive flood.

BIG GAME COUNTRY: It you’re a hockey fan, you might be eagerly awaiting

Saturday night. That’s when the Kamloops Blazers, now 14-2-0, are scheduled to visit the Everett Silvertips (14-0-1). . . . The Blazers beat the Seattle Thunderbirds, 5-1, in Kent, Wash., on Saturday and will be back there on Wednesday. Kamloops then will meet the host Portland Winterhawks on Friday before moving on to Everett. . . . The Silvertips, who dropped the visiting Thunderbirds, 5-2, on Sunday, are at home to the Tri-City Americans on Wednesday and then will visit the Victoria Royals on Friday. . . . Kamloops holds an 11-point lead over the second-place Kelowna Rockets (8-4-1) in the B.C. Division. . . . The Silvertips are atop the U.S. Division, eight points ahead of Seattle (11-5-1). . . .

Meanwhile, the Eastern Conference-leading Winnipeg Ice (19-1-0) will play their next seven games at home, starting Wednesday against the Swift Current Broncos (6-9-3). Of note are a doubleheader with the Saskatoon Blades (11-7-1) on Dec. 3 and 4, with the Edmonton Oil Kings (14-3-3) there for two on Dec. 8 and 11. . . . When the Ice finishes the homestand it’ll be wrapping up a stretch in which it played 12 of 14 games on home ice.

CHEF’S KISS: Scott Ostler of the San Francisco Chronicle, with a cooking-related anecdote: “Antonio Brown’s former live-in chef outing Brown for allegedly obtaining a fake vax card is the best sports-chef story since 2004. That’s when Gary Sheffield accused Barry Bonds of luring away his live-in chef with a car, a home and repayment of student loans. It was history’s most celebrated case of chefjacking.”

JUST NOTES: After a day of NFL watching, I am left to wonder if the magic has left Seattle Seahawks QB Russell Wilson. You don’t hear Seahawks fans saying the team needs to “Let Russ Cook” these days. . . . Remember when the Pittsburgh Steelers ran the ball, ran the ball and ran the ball some more? . . . Some games you just aren’t destined to win. That’s what the Vancouver Canucks will be telling themselves today after hitting five posts in a 1-0 loss to G Marc-Andre Fleury and the visiting Chicago Blackhawks on Sunday night. Of course, another loss won’t do anything to keep the vultures from circling Rogers Arena. . . . It won’t happen, but it wouldn’t hurt if MLB added player-of-the-year awards to its trophy case, because that’s what the MVP honours have become. Why not have MVP and POY awards? . . . We can only hope that Sunday’s CFL division semifinals are more entertaining than what we’ve seen down the stretch.