The good news is that the Portland Winterhawks played a hockey game on Saturday night. The bad news is that it was the only game played on what was to have been a three-game road swing into B.C., with stops in Kamloops, Kelowna and Langley.

When the Winterhawks left home via bus on Thursday, they were headed for

Kamloops and a Friday night date with the Blazers. Halfway to Kamloops, Mike Johnston, Portland’s vice-president, general manager and head coach, found out that the game had been postponed because of COVID-19 issues with the Blazers. The Winterhawks continued on to Kamloops, practised there Friday morning, then left for Kelowna and Saturday’s assignment against the Rockets.

The Winterhawks beat the Rockets, 3-1. “That would have been a long trip without two points,” Johnston told Taking Note.

Before the game, Johnston was informed that Sunday’s game in Langley had been scrubbed because of COVID-19 protocols involving the Vancouver Giants, who were forced to halt all team activities.

So the Winterhawks put the two points in their pocket and headed for home.

That latest postponement meant that 22 of the 23 games originally scheduled for the weekend didn’t happen.

Also on Saturday, the WHL announced that the Moose Jaw Warriors, Regina Pats and Tri-City Americans all were cleared to resume team activities. They went into the weekend as three of 15 teams who were on hold because of having players and/or staff in protocols.

With the addition of the Giants, that list was at 13 as of Sunday night.

The Giants had been scheduled to play three games over the weekend; all three were postponed. They next are scheduled to play Friday against the visiting Prince George Cougars in a game that is on TSN’s telecast schedule.

Will COVID-19 allow the game to be played?

BTW, the Portland Winterhawks had F Josh Zakreski, who turned 16 on Dec. 17, in their lineup in Kelowna on Saturday. Zakreski is from Saskatoon and plays for the U-18 Saskatoon Blazers. . . . Upon seeing his name, I was curious as to whether he was related to Peter Zakreski, who died on Feb. 5, 2020, at the age of 80. Peter, a quiet gentleman, was a giant in a lot of areas of life in Saskatoon and was a big push behind the move to bring the 1991 World Junior Championship to Saskatchewan. . . . Anyway, it turns out that Josh and Peter weren’t related, although Josh apparently gets asked that question on a regular basis.

With some Canadian teams in the NHL and WHL facing attendance restrictions in their facilities, a number of games have been postponed in the hopes that they can be rescheduled for when the various governments involved loosen the rules.

As Dr. Conway explained: “Right now as a society, we’re being asked to plan for a situation where on any given day, and in any workplace, one-third will be out with COVID or COVID restrictions.

“Even if you wanted to fill (Vancouver’s) Rogers Arena, you wouldn’t have the staff. And it’s probably going to be the situation at the minimum until the end of February and probably longer — and that’s pretty optimistic. If I’m wrong, I’ll be the first to stand up and say I’m wrong. But I’m just so not seeing this.

“Modelling is still projecting a worst-case scenario that could dwarf what we have now. It’s based on if things continue the way they are. If they change the modelling can flatten out. But, it brings the issue if we ignore this, it could actually get worse.”

BTW, Dr. Conway is a Canucks’ season-ticket holder and would love nothing more than to be able to sit in a full house and watch his favourite team. He also is a realist.

Jim Riley used to cover the Seattle Thunderbirds for the Seattle Times while also keeping an eye on the other teams in the U.S. Division. That was before the newspaper industry got out the paring knife and went to work. These days, he is in the wine business.

I mention Jim here because he is one of the thousands of people who has a health issue but hasn’t been able to have it dealt with because of a dearth of hospital beds — in Seattle, in his case.

“I don’t post often, but this is raising my blood pressure and perhaps venting will help. I recently underwent a nuclear stress test, designed to check the blood flow in my heart. My cardiologist said results were ‘abnormal’ and immediately scheduled me for an angiogram. That angiogram now has twice been postponed. Why? There are no hospital beds in Seattle because they are almost all filled, mostly with unvaccinated covid patients. I believe in free choice, but people who came to the irresponsible decision to avoid a simple, free and easy vaccination now are imposing their choices on all of us.

“I have yet to hear a rational explanation why people refuse to use the best tool we have (vaccinations) to fight a virus that has already killed 5.47 million people around the world.”

Oh boy, do I ever agree with Stu Cowan of the Montreal Gazette, who writes: “If you grew up during the 1970s, like me, and you’re not already following Super 70s Sports on Twitter, you really should.” I actually grew up in the 1960s — although my wife might debate whether I ever grew up — and I love the tweets that come from Super 70s Sports.

My column on Ricky Cobb, the 50-year-old sociology teacher from Chicago who is the man behind the Super 70s Sports Twitter account @Super70sSports, which is one of the best and funniest things you can find on social media. He's also an #Expos fan: https://t.co/MbhTI8zrjh

If you don’t believe that the NFL is the behemoth of North American sports leagues, you should know that 75 of the most-watched telecasts in 2021 were NFL games. Yes, Super Bowl LV was No. 1. . . . Nine of the top 10 were NFL games. Only the inauguration of Joe Biden as the U.S. president kept the NFL from a Top 10 sweep. . . . No, there weren’t any hockey games in the Top 100. Nor were there any NBA or MLB games. . . . There were 75 NFL games, 11 Olympics telecasts, seven NCAA football games and two NCAA college basketball games, both from March Madness, in the Top 100. . . . Oh, one other thing. You may not like Tom Brady, but he and his Tampa Bay Buccaneers were involved in 11 of those 75 telecasts.

From Dwight Perry of the Seattle Times:

“Counterpoint: So we can have even more riveting games like Alabama 27, Cincinnati 6 and Georgia 34, Michigan 11.”

Perry also scrounged up a couple of quotes from the vault . . .

The late Mickey Mantle, at a roast for the late Billy Martin, on his former Yankee teammate’s proclivity for getting into bar fights: “This is the only man I know in the world who can hear somebody giving him the finger.”

Arkansas coach Lou Holtz, when his team was pelted with oranges after winning a trip to the 1978 Orange Bowl: “I’m glad we’re not going to the Gator Bowl.”

Hockey, heroin, homelessness and hope: The long road back for a young PoCo man https://t.co/LkcUjU7rg1

THINKING OUT LOUD: If you watched Sunday night’s NFL game, you saw again why live sporting events are the best of reality TV. . . . Just wondering, but have Jack and Rebecca convinced you to buy whatever it is they are flogging in that TV commercial, or are you going to have to see it another 1,000 times this week before making a decision? . . . Would have been nice if Hockey Night in Canada had picked up the Saturday game that had the Chicago Blackhawks visiting the Vegas Golden Knights. Who wouldn’t have enjoyed watching Marc-Andre Fleury return to the city that he owned not all that long ago and beat the home team, 2-1? 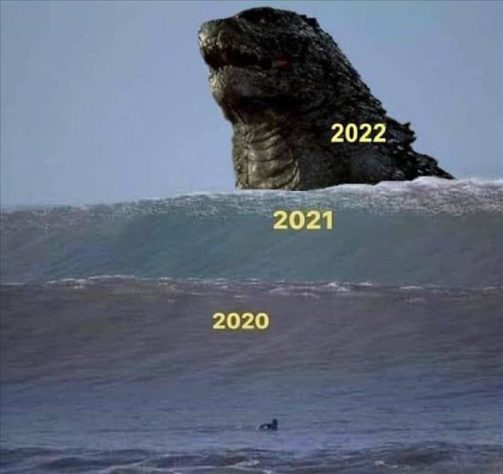 With Novaxx, err, Novak Djokovic having problems getting into Australia because he isn’t vaccinated, comedy writer Brad Dickson reports that “the news isn’t all bad for Novak. He just signed to be the new backup quarterback for the Green Bay Packers.”

BTW, Rafael Nadal, vaccinated and ready to play in the Australian Open in Melbourne, had this to say: “From my point of view, that’s the only thing that I can say is I believe in what the people who know about medicine say, and if the people say that we need to get vaccinated, we need to get the vaccine. That’s my point of view. I went through the COVID. I have been vaccinated twice. If you do this, you don’t have any problem to play here.”

Yes, they have COVID-19 issues in the KHL, too. On Sunday, the league revealed that 14 players, one coach and two staffers from Dinamo Riga have tested positive. The league has scrubbed three games through Jan. 17.

night game — they lost, 6-5, to the visiting Peterborough Petes — the OHL announced Saturday that COVID-19 protocols meant their next three games would be postponed. That included a game that had been scheduled for Saturday. . . . Meanwhile, the Chase Heat became the latest team in the junior B Kootenay International Junior Hockey League to have games postponed, while the BCHL announced Saturday that it has paused the Nanaimo Clippers for five days. 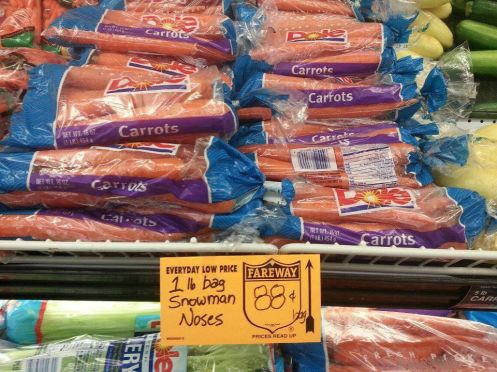 Mike Lupica, in the New York Daily News: “I love the idea that ESPN now believes that Alex Rodriguez can be part of the kind of ManningCast that we got this season from Peyton and Eli. . . . Right. . . . Got it. . . . One big difference: People like Peyton and Eli.”

It seems that Scott Ostler of the San Francisco Chronicle has about had enough of MLB using humans to call balls and strikes. As he put it: “Human umps were fine in the old days. So were phone booths and stage coaches.”

The hockey world is hurting

Teddy Balkind, a 16-year-old junior varsity hockey player with St. Luke’s School in New Caanan, Conn., died on Thursday night after he suffered a skate cut to his neck in a collision with a player from Brunswick School. . . . There is more on this story right here.