As God is my witness, I thought turkeys could fly …. https://t.co/dH4vv4hDQQ #ClassicWRKP

Oh my, but things just aren’t looking good for the QMJHL. Here’s a recap of the past couple of days. . . .

On Saturday, the Quebec government declared Gatineau to be a red zone,

leaving the immediate future of the Olympiques’ schedule in doubt. . . . The Olympiques held their home-opener without fans on Friday night, beating the Rouyn-Noranda Huskies, 3-2, and then won again, 5-4, on Saturday. . . . The Olympiques and Drummondville Voltigeurs, also in a red zone, are expected to be restricted as of Oct. 14. . . .

Earlier in the week, the Quebec Remparts and Blainville-Boisbriand Armada were shut down for the remainder of the month after their areas were named red zones. . . .

According to Pat Hickey of the Montreal Gazette, “Victoriaville, the home of the Tigres, is currently in an orange zone and has launched a virus awareness campaign in an attempt to avoid being classified as a red zone.” . . .

On Friday, the New Brunswick government declared Moncton to be an orange zone, so the Wildcats game against the visiting Saint John Sea Dogs that was to have been played Saturday night was postponed. . . . That declaration went into place on Saturday at 12:01 a.m., shortly after the Wildcats had beaten the visiting Halifax Mooseheads, 4-2. . . . New Brunswick announced 20 new positives on Friday, 12 of them in Moncton. The province hadn’t seen that number since May. . . .

Meanwhile, two of the officials who worked a game last Sunday are reported to have tested positive. The Armada and Sherbrooke Phoenix have a combined 26 positives and have shut down indefinitely. . . .

Interestingly, there isn’t any mention of any of this on the QMJHL website. There isn’t anything indicating the status of any of these teams, and rather than show some games as having been postponed, they simply have been erased from the schedule.

“Mike Pence inspired a torrent of social-media memes during last week’s vice-presidential debate when a fly shockingly landed on his head,” notes Dwight Perry of the Seattle Times. “ ‘I can certainly feel his pain,’ said Jose Canseco.”

One more report from Perry: “Provincial authorities have told the Ontario Hockey League that if it wants to play amid a pandemic this season that it will have to ban bodychecking and fighting. In a related story, Don Cherry’s head just exploded.” 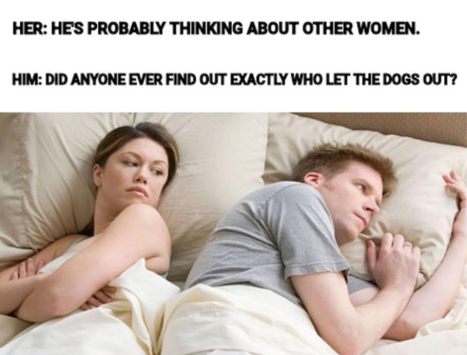 It has been surreal to watch the past couple of days as NHL teams have been signing players to contracts totalling millions of dollars. . . . But, hey, business must go on in some areas of our crazy world, although that isn’t likely to happen in some other places. . . . A Greater Vancouver Board of Trade survey released on Friday shows 25 per cent of businesses there don’t expect to last more than 12 months without change. . . . As well, 40 per cent of businesses aren’t expecting a return to regular operations. . . . And while contemplating all of that the news arrived that Ontario was beginning to lock things down. Again. . . . Meanwhile, the numbers in Manitoba are going the wrong way, too, as the province experienced its highest single-day increase to date on Friday, and then broke that record on Saturday. . . . Saskatchewan added 34 new cases, its highest daily total since July, and things are no hell in Alberta and B.C., either. . . . Oh yes, and the WHO reported a new daily high in global cases on Friday (350,766), breaking the previous record that had been set earlier in the week. . . . There is more on the ugly numbers right here.

While flipping among college football games on Saturday afternoon, I started wondering if a portion of the U.S. citizenry has given up and decided that the virus has won so let’s get on with it and, hey, if a few thousand more people die, well, that’s the price we pay. . . . In the midst of my viewing, this headline showed up in my Twitter notifications: The US is reporting over 50,000 new cases of COVID-19 per day for the first time since mid-August. . . . According to data collected by Johns Hopkins University, Friday’s number was 57,420, and it was the third straight day topping 50 grand. . . . The number of deaths in the U.S. now has surpassed 213,000. . . . So let’s just keep that border closed for a long, long time. OK?

It really is unfortunate that more people in the sporting world don’t seem to understand the example they could be setting if they would only wear the masks properly. At one point during this game, Jeremy Pruitt of Tennessee, who is in the tweet above, had his mask completely around his neck as he was face-to-face with a masked referee. . . . Tone deaf, or what?

There are so many people without masks at the Alabama-Mississippi game it looks like a Trump rally broke out.

Ostler also wrote: “Scientists and medical experts say masks are effective for slowing the spread of the coronavirus, but tinfoil hats are not. Still, many sports figures prefer the hats.”

Hartley Miller, the sports guy for 94.3 the GOAT in Prince George and the analyst on Cougars’ game broadcasts, wonders how the WHL will react to comments by Dr. Bonnie Henry, B.C.’s provincial health officer, in his latest Hartley’s Hart Attack that is right here. . . . If you missed it, Dr. Henry said that she doesn’t “see spectators being a large part of the season this year.” . . . The Hart Attack arrives weekly and it’s painless. Give it a read if you haven’t already. 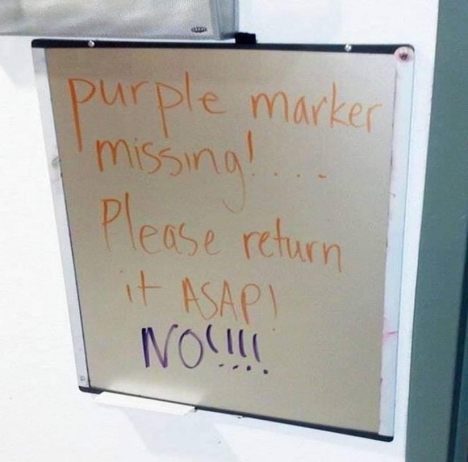 A Friday morning tweet from the USHL’s Dubuque Fighting Saints . . .

@fightingsaints we lost our bus driver during the night to COVID-19. As emotionally trying as this is, I’m tweeting to remind everyone there is no such thing as overkill in our daily actions to keep safe. Safety over opinion. Safety over emotion. Safety. Full stop.

MLS has postponed two Sunday games after Minnesota United, Orlando City and Columbus Crew experienced positive tests. . . . The Crew was to have played at Orlando City, while Minnesota was to play at FC Dallas. . . . Earlier, a scheduled Saturday game between the host Colorado Rapids and LA Galaxy was scratched after a Rapids player tested positive. It was the fourth straight Colorado game to be postponed. The Rapids have had 12 staff members and five players test positive since Sept. 24. . . .

The ECHL announced Friday that it has plans to open its regular season on Dec. 11. The league will have 13 teams begin a 72-game season on Dec. 11, with other teams starting a 62-game schedule on Jan. 15, assuming they are able to get what the league calls “jurisdictional approval.” . . . The regular season is to end on June 6. . . . The Atlanta Gladiators won’t play in 2020-21 because of pandemic-related restrictions and their players now are free agents. . . .

The AHL has said that it is aiming to start its regular season on Dec. 4. However, Jim Nill, the Dallas Stars’ general manager, told Sean Shapiro, who covers the team for The Athletic, that the AHL won’t start before the NHL, which is aiming for Jan. 1. . . .

The NFL’s New England Patriots and Tennessee Titans got to Saturday without new positives, however the Chicago Bears, who played Thursday night, had a practice squad player come up positive, while a strength-and-conditioning coach with the Kansas City Chiefs did, too.

ICYMI, politicians in Winnipeg have given restaurants the OK to keep their patios open until March 31. Perhaps they have never heard the song Prairie Town that was written by Randy Bachman, who is from Winnipeg and knows of what he penned:

“Portage and Main fifty below

“Portage and Main fifty below

“Portage and Main fifty below.”

But, hey, the other side of the coin is that we are going to see a new definition of Winnipeg tough during the winter of COVID-19.

Former WHL D Jason Smith is the new head coach of the junior B Peguis Juniors of the Keystone Junior Hockey League. It plans on beginning its regular season on Nov. 7. . . . Smith, 48, is from The Pas, Man. He spent three-plus seasons (Tri-City, Swift Current, Brandon, 1989-93) in the WHL. . . . With Peguis, Smith takes over from Mike Spence, who remains as an assistant coach. Marty Favel is the other assistant. . . . Smith was the head coach of the MJHL’s OCN Blizzard from November 2014 through 2015-16.

JUST NOTES: If you’re like me, you’re wondering if the layer of sanitizing gel on your hands is permanent. . . . Hey, Sportsnet, you can cut back on those Danielle Michaud spots whenever you feel like it. How about twice every five minutes, rather than three times? Thanks. . . . I thought maybe the ’Rona had gotten the phone scammers but I should have known better. After not having had a call for at least a couple of weeks, the guys in Idaho and Maine found us on Friday. I will always be amazed that we can put a man on the moon but we can’t stop the scammers. . . . If you aren’t aware, the first Hallmark Christmas movie — Jingle Bell Bride — is scheduled for Oct. 24. Y’er welcome. . . . If you missed it, the Taliban — yes, that Taliban — endorsed the ’Rona’s new best buddy on Saturday. Hey, is this a great time to be alive, or what? 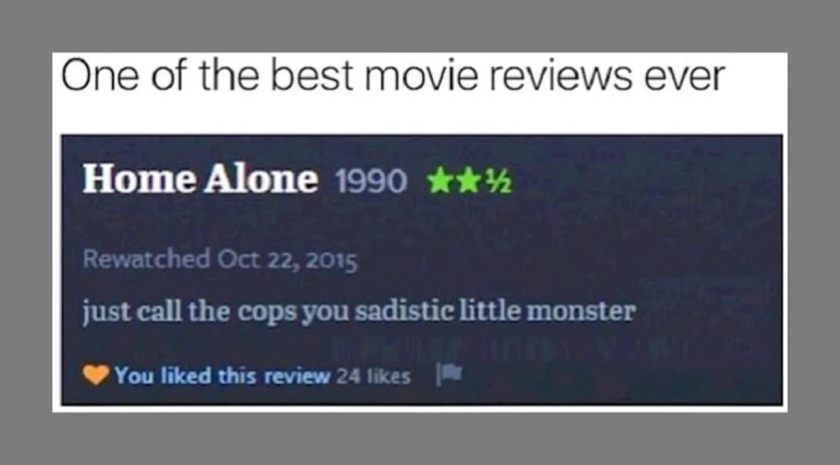