The Kansas City Chiefs last appeared in a Super Bowl in 1970. Here’s Pete Blackburn of CBS Sports with a look back at a few things from January 1970: M*A*S*H” and Patton were the two-highest grossing films; Raindrops Keep Fallin’ On My Head, by B.J. Thomas, was in the top spot on the Billboard Top 100; Abbey Road, by The Beatles (ever heard of them?), was the top album; All My Children premiered and The Carol Burnett Show was one of the the top shows on TV; and the average price of gas in the U.S. was 36 cents a gallon.

NFL security apparently will be using some new-fangled facial recognition software on Sunday in Miami in an attempt to keep bad guys from getting into the Super Bowl. As comedian Argus Hamilton noted: “We’ll be lucky if the NFL can field two teams.”

Parent has been banned from rinks for repeated poor behavior. Parent decides to still attend today. We attend today and remove parent. Warned parent of $250 fine for entering premises when entry is prohibited. @reginapolice pic.twitter.com/C1FYGPreAc 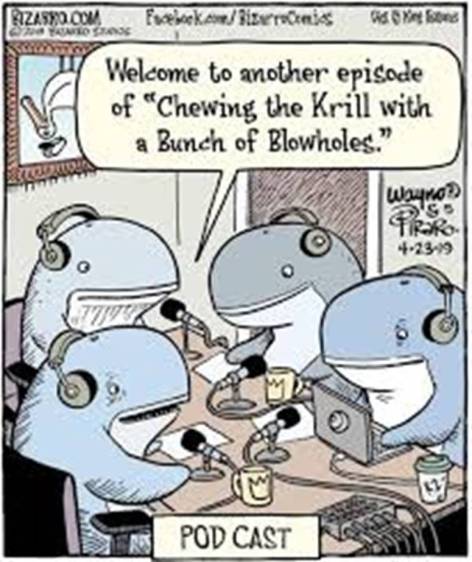 ICYMI, Kevin Sawyer, a former Spokane Chiefs player and assistant coach,  has issued an apology after he made comments in reference to an incident that involved D Jared Spurgeon, who was a 16-year-old freshman with the WHL team at the time. It was during 2005-06 when the Chiefs, according to Sawyer, “Saran-wrapped him to a pillar in the arena, about six feet up in the air . . . he was tiny. He looked like he was 12.” . . . Sawyer, now an analyst for TSN on Winnipeg Jets’ telecasts, apologized late last month, saying that  after “reflecting on my comments,” he was “insensitive in sharing a story that was inaccurate and should never have been told on television in the first place.” . . . Paul Friesen of the Winnipeg Sun has more right here.

Barry Sanders’ ratings in Madden were such a joke it allowed him to do crazy shit like this that ruined the realism – hang on, being told this is in fact actual NFL game footage. pic.twitter.com/B4aiTZ36r9

Rob Vanstone of the Regina Leader-Post, after watching the Harlem Globetrotters eke out a 43-41 victory over the Washington Generals on Tuesday night: “If it’s any consolation to the Generals, they have defeated the Globetrotters more recently than the Toronto Maple Leafs have won the Stanley Cup. Washington last prevailed in 1971, four years after the Leafs’ most-recent title.”

Thanks to Brandon Sutter's assist on this goal, the Sutter family (3216 points) just surpassed the Hull family (3215) and now leads the NHL family scoring race.

You likely are aware that NFL teams employ an incredible number of coaches. Well, Jack Finarelli, aka The Sports Curmudgeon, lives in the Washington, D.C., area and noted the other day that the Redskins had named Brett Nenaber director of player performance and Jeff Zegonia assistant defensive line coach.” . . . This prompted the curmudgeonly one to write: “I can imagine what the responsibilities of an ‘assistant defensive line coach’ might be for an NFL team; I may not have the full scope of the duties of that position in mind, but I think I have the drift. Such is not nearly the case with the position of ‘director of player performance’. Is he the guy who works with the team on those choreographed TD celebrations that sometimes rise all the way up to the level of ‘SILLY’?

“Super Bowl tickets on the secondary market are very expensive this year.  If you expect to make it to the game in Miami, expect to shell out at least $4,500 per seat at the game and some tickets have an asking price this morning that is just north of $15K per fanny-holder. Perhaps you really want to go to the game but just don’t have access to that sort of cash for you and your main squeeze at this moment. Not to worry. StubHub and its new partner, Affirm, will let you buy the tickets and finance them with a loan directly from Affirm that will let you pay over a period of three months or six months or 12 months at an interest rate of 10-30 per cent.

“I don’t want to go into full ‘Suze Orman Mode’ here, but somehow I doubt that incurring a debt in the $10K range or higher at an interest rate near or above 20 per cent is even marginally sound financial planning.”

You are able to find The Sports Curmudgeon at sportscurmudgeon.com. Be forewarned, though, that reading him daily will quickly become a habit.

“When it comes to baseball lexicon,” writes Dwight Perry of the Seattle Times, “the Houston Astros’ trash-can antics certainly give ‘bang-bang play’ a whole new meaning.”

In its last four seasons in Cranbrook, the Kootenay Ice won 12, 14, 27 and 13 games, failing to make the playoffs each time. This season, the franchise’s first in Winnipeg after moving east following last season, the Ice is second in the East Division and playoff bound, while playing before hundreds of fans in the 1,600-seat Wayne Fleming Arena. All of which makes one wonder how many fans a contending team might be playing in front of had it stayed in Cranbrook.

The 22-team WHL has its 16 playoff clubs all but settled, with only some jockeying for position left for the final 20 games or so. There won’t be playoff hockey in Red Deer, Regina, Moose Jaw, Swift Current, Prince George or Kennewick, Wash., the home of the Tri-City Americans. . . . As for the Kelowna Rockets, the host team for the 2020 Memorial Cup, they just dropped a home-and-home series with the Spokane Chiefs, who won 7-3 in  the Little Apple on Friday and 6-0 across the line on Saturday. The Rockets appear headed to a wild-card spot in the Western Conference, which could lead to a first-round matchup with, yes, the Kamloops Blazers, who are atop the B.C. Division. And wouldn’t that be something . . . a Battle of B.C., perhaps to match the Battle of Alberta!

I have never seen any product advertised on late-night TV that I didn’t desperately want and need. And two for the price of one? Come on, man.

People lined up since 7am this morning! Get down to Western Financial Place as Early Bird season tickets are on sale now! pic.twitter.com/cH048VydQ9

The BCHL’s Cranbrook Bucks are to begin play in September. With that in mind, season tickets went on sale Saturday morning. Early-bird prices, through March 13, are $350 for adults, $330 for seniors and $160 for children. And a tip of the fedora to the Bucks for allowing children under 10 to get into games free of charge. . . . If you were wondering, the WHL’s Ice season-ticket prices prior to their final season in Cranbrook were $725 or $630 for adults, $590 or $510 for seniors, and $300 for children and students.

JUST NOTES: “Not only does Andy Reid deserve a Super Bowl title,” writes Bob Molinaro of The Virginian-Pilot, “his moustache does as well.” . . . Molinaro is correct, but I’ll still take the San Francisco 49ers, by 10. . . . One more from Molinaro: “This time of year, I like to trot out the memorably perceptive comment of enigmatic Cowboys running back Duane Thomas at Super Bowl VI, won by Dallas. ‘If the Super Bowl is the ultimate game,’ he said, ‘how come there is another one next year?’ Words that have aged well.” . . . QB Eli Manning announced his retirement late last month after spending 16 seasons with the New York Giants. Don’t cry for Eli, though. During his career, he made US$252.3 million, more than any other NFLer in history. Manning brought in $17 million in salary and bonuses for his final season, allowing him to pass his brother, Peyton, who retired having earned $248.7 million. . . . Next on the list, according to cbssports.com, are quarterbacks Drew Bree’s ($244.7 million), Tom Brady ($235.2 million) and Aaron Rodgers ($233.6 million). . . . The first non-QB on the list? WR Larry Fitzgerald, at a mere $175 million, in 10th place. . . . If you are going to live tweet from a hockey game, perhaps you should make a point of mentioning both teams, you know, for those of us who aren’t sure who’s playing.