Me: 'So you may not be able to drop the French accent , but you know where your alliance lies now. It's playoff time!'
Her: ' oh mondieux!…oui.'
I am very excited to be working with someone I have literally shed blood, sweat and tears with for 25 yrs. Welcome to @MapleLeafs DG. pic.twitter.com/90YaJkoKDz

Hopefully the day is right around the corner when the promoting and hiring of women in hockey’s workplace won’t be headline news. But we’re not there yet, although Monday’s happenings certainly have us going in the right direction. . . .

ICYMI, the Toronto Maple Leafs promoted Dr. Hayley Wickenheiser to senior director of player development, and also hired Danielle Goyette as director of player development, a position that also will cover the AHL’s Toronto Marlies. . . . Goyette and Wickenheiser, both Hockey Hall of Famers, were long-time teammates on Canada’s national women’s team; they won two Olympic golds and six world championships together. . . . Goyette has been the head coach of the U of Calgary Dinos women’s team for 14 years, or since she retired from the national team in 2007. . . . Dr. Wickenheiser got her MD’s licence last week and is starting a residency at a hospital in Toronto. . . .

Meanwhile, ESPN, which is putting together broadcast crews after signing a deal with the NHL that starts next season, has hired Leah Hextall. As Andrew Marchand of the New York Post reported: “While the exact number of games she will broadcast is not yet know, she will be the first woman play-by-player to be a regular part of a national NHL TV package.” . . . She did one NHL game this season on Sportsnet, but gained more fame for calling an NCAA playoff game between Minnesota-Duluth and North Dakota that went into a fifth OT period. . . . If you were to let Google be your friend, you would learn that Hextall has more than paid her dues for a lot of years, so she has earned this opportunity. . . . She is a cousin to former WHL/NHL G Ron Hextall, who now is the Pittsburgh Penguins’ general manager. Two uncles, Bryan Jr. and Dennis, are former NHLers. Her grandfather, the late Bryan Sr., is in the Hockey Hall of Fame. Bryan Sr. led the NHL in goals in 1939-40 with the New York Rangers and scored the Stanley Cup-winning goal in OT of Game 6 to beat the Toronto Maple Leafs. . . . Leah’s father, Randy, was in the Brandon Wheat Kings’ training camp in the late 1960s — and I may have spent a shift or two on a line with him — and later played for the MJHL’s Portage Terriers, a team that once was coached by Bryan Sr. Randy, who won a Canadian junior A title (Centennial Cup) with the 1972-73 Terriers, passed away on July 12, 2019. 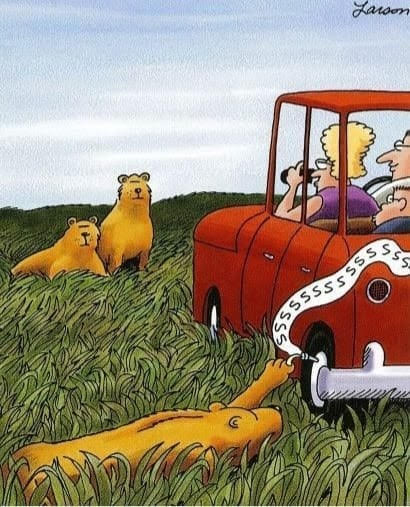 The Red Deer Rebels don’t have a head coach at the moment, but that didn’t

stop the previous one from making a couple of trades on Monday. Of course, Brent Sutter, that former coach, also is the franchise’s owner and general manager so if he’s going to make a trade, well, he can do just that. . . . On Monday, he started by doing a deal with the Brandon Wheat Kings that involved a pair of 19-year-olds. . . . The Rebels get G Connor Ungar in exchange for D Mason Ward. . . . Ward, 6-foot-5 and 215 pounds, has 19 points in 83 games with the Rebels over the past two seasons. He is the son of former Rebels

dealt F Jaxsen Wiebe, 19, to the Edmonton Oil Kings for F Liam Keeler, 20. Keeler, who is from Edmonton, was the 22nd overall pick in the WHL’s 2016 bantam draft. In 214 regular-season games with the Oil Kings, he had 26 goals and 48 assists. Wiebe, a seventh-round selection in 2017, had nine goals and 11 assists in 73 games with Red Deer. . . . As of now, the Rebels have four 20-year-olds to choose from — Fancy, Keeler, F Arshdeep Bains and F Zak Smith. . . . The Oil Kings have three 20-year-olds on their roster — D Matthew Robertson, F Carter Souch and F Josh Williams. That number would grow to four should D Simon Kubicek report to training camp. Kubicek was acquired from the Seattle Thunderbirds on Jan. 25. After playing two seasons (2018-20) with Seattle, he spent 2020-21 in Czech Republic where he played 21 games with Motor Deske Budejovice in the Czech ELH. He also got into games with HC Stadion Litomerice in Czech2 and his country’s U20 side. Of course, should he earn a spot with the Oil Kings out of camp, he would be a two-spotter — a 20-year-old and an import.