There was some excitement at the Olympic Winter Games in Beijing on Sunday with the Chinese women’s hockey team earning a 2-1 victory over Japan. The game went to a shootout and the Chinese scored the lone goal, that coming in the fourth round. . . . “China is not as good as Japan,” reports Dan Courneyea, our man at the hockey competition. “They just brought a better game. . . . China’s goalie kept them in the game.” . . . Interestingly, the winning goal came from Hannah Miller, who is from North Vancouver. On the Chinese roster, she is Le Mi. . . . According to Reuters, Miller joined a Chinese team — KRS Vanke Rays — in 2018 in order to be eligible for these Games. She played NCAA hockey at St. Lawrence U, and also was member of Canada’s U-18 women’s team. . . .

The capital of Canada is hostage to a bunch of petulant yahoos who are too delicate to wear masks. Meanwhile, the Canadian women's hockey team played an entire game against Russia while wearing N95's.
Hockey players, man…#Olympics2022

On Monday, Canada ran its record to 3-0 by beating the ROC — shhh! don’t say Russia — 6-1 in a game that was delayed when, according to reports, the latter’s COVID-19 test results weren’t made available. The game eventually started with both teams wearing N95 masks. . . . But, wait, there’s more. The ROC players left their masks in the dressing room for the third period, while the Canadians continued to wear theirs. It turns out, too, that F Emily Clark of Canada was removed during the pregame warmup because of what reports say was an inconclusive test. . . . Canada, with Emerance Maschmeyer making her Olympic debut in goal, had a 49-12 edge in shots. She is the sister of former WHL D Bronson Maschmeyer (Vancouver, Kamloops, 2008-12). . . . Canada has outscored its opposition 29-3 in six games, with the U.S. up next. They are scheduled to be on your TV tonight (Monday) at 8:10 p.m. PT.

I’m watching women skate around the ice at 100 miles an hour wearing masks. Please tell me again how you can’t possibly wear a mask while you put frosted flakes in your shopping cart.

Yes, it’s true. COVID-19 bit the WHL again on Sunday, with an undisclosed

number of Vancouver Giants players apparently having tested positive and forcing the postponement of at least one game. . . . The Seattle Thunderbirds were scheduled to play the Giants in Langley, B.C., on Sunday, but that game will be rescheduled. . . . This was the WHL’s first postponement since a Jan. 29 game that was to have had the Brandon Wheat Kings in Prince Albert was scuttled because the Raiders weren’t able to dress 14 healthy players. . . . The Giants had dropped a 3-2 decision to the visiting Kamloops Blazers on Friday and then were beaten 7-2 by the Seattle Thunderbirds in Kent, Wash., on Saturday. . . . Vancouver is scheduled to visit the Kelowna Rockets on Wednesday and then meet the Cougars in Prince George on Friday and Saturday nights.

The Regina Pats lost a hockey game on Sunday, falling 5-4 in OT to the host Calgary Hitmen, but the hockey world was left abuzz over a goal by F Connor Bedard, who won’t turn 17 until July 17. . . . Rob Vanstone of the Regina Leader-Post writes about the goal right there.

Here's my story on a remarkable goal by @WHLPats phenom Connor Bedard.https://t.co/V2L9STc8eF

Dwight Perry, in the Seattle Times: “Bucs QB Tom Brady, to no one’s surprise, announced his retirement last week. That takes the undecided list down to Brett Favre (yes/no/yes/no/maybe) and Aaron Rodgers (still doing his own research).”

After Brady made it official, comedy writer Alex Kaseberg (@AlexKaseberg) tweeted: “But wait, don’t you have to rip off your shirt and dance in the end zone in front of the crowd to retire from the Bucs?”

And then there was this from Football Hall of Fame Dick Butkus, who recently joined Twitter (@thedickbutkus): “I think it’s great Giselle let Tom Brady retire. Hopefully she’ll let him keep Rob Gronkowski in the yard.”

With the Olympic Winter Games ongoing and the pandemic raging, the KHL has chosen to end its regular season with its playoffs scheduled to begin on March 1. . . . According to the KHL, there are 120 players from 22 of its teams on national teams in Beijing. By ending the regular season and starting playoffs on March 1, all players will have the opportunity to quarantine before play begins.

Scott Ostler of the San Francisco Giants, after the NFL’s Washington Football Team revealed that its new nickname will be Commanders: “A Commander? To some old-timers, reader Kevin Love reminds us, a Commander is a Philip Morris cigarette back in the 1960s. The TV commercial jingle was, ‘Have a Commander, welcome aboard!’ Selling point: A special vacuum ‘gently cleans every bit of tobacco.’ You still got lung cancer, but it was a tidy lung cancer. And when you checked into the hospital, they welcomed you aboard.”

Ostler, again: “Speaking of the military, credit is due to the sports-star anti-vaxxers like Aaron Rodgers, Kyrie Irving and Novak Djokovic for keeping our military busy. My mom was in a hospital in Eugene, Ore., for a heart procedure. Her meals were served by National Guard soldiers, helping fill manpower shortages caused by sick non-vaxxers clogging hospitals. Hey, Aaron and friends: Have a Commander, welcome aboard.”

Some people are raising a fuss over the Arizona Coyotes’ plan to play three NHL seasons in a new arena at Arizona State U, one that will have somewhere around 5,000 seats. The critics seem to think it’s beneath the NHL to have a team playing in such a small facility. Hey, the Winnipeg Ice is in its third season in a 1,600-seat barn, doesn’t seem to have put a shovel in the ground on a new facility yet, and the WHL is still alive and kicking.

If you are on Twitter, you will want to take a few minutes and read the threat that resulted from the question — New Yorkers: What’s the most New York thing that’s ever happened to you? . . . I mean, there’s an eel on the subway, bad manners from Ethan Hawke and Uma Thurman, and a whole lot more. Enjoy! 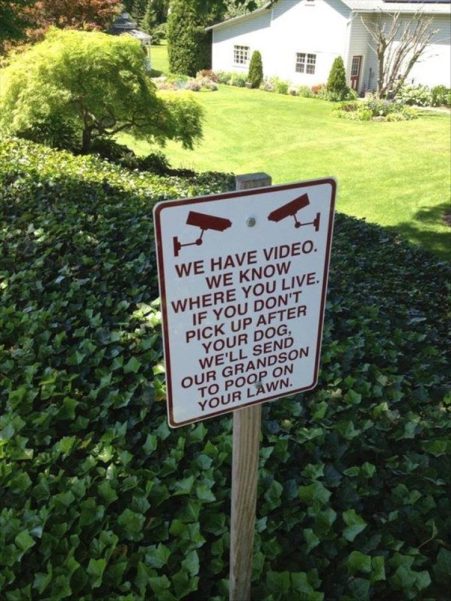